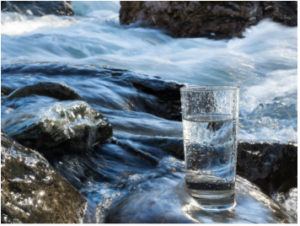 On April 25, 2014 a city in Michigan made a decision that would end up devastating the city’s entire population.  The city was Flint, Michigan and the disaster is known as The Flint Water Crisis.  The decision that was made by the leaders of Flint, Michigan on that dreadful day actually started a couple of years earlier.

Flint city officials explored options on how they might be able to save money by switching the city’s water source.  From 2012 through 2013, a plan was devised that would supposedly save the city millions of dollars by switching from its current provider, the Detroit Water and Sewerage Department, to the Karegnondi Water Authority.  To accomplish this, the city would need to build its own pipeline to connect to KWA.

However, there was one problem.  It would take time to build a pipeline to connect to KWA. Instead of waiting until the pipeline was completed, the city officials decided to turn to the Flint River as an interim source of water.  On April 25, 2014 Flint River water started flowing to the city of Flint.  This decision proved to be extremely disastrous, even life-threatening.

There was a similar fatal decision made in our country many years ago.  This decision also involved the changing of the source from which people were getting their nourishment.  The decision to make a change where children and youth received their education took place in the 1800s.  However, this decision had been debated for several decades leading up to this fatal decision.

From the early days of the founding of the country, children and youth received their education from two primary sources. These sources were the home and the church.  The education that children received from these sources produced a well-educated person who was also well-grounded in the Christian faith.

In the 1800s it was decided that a new source was needed in order to provide all children and youth with a “better” education. It was also touted as being more economical for all families as there would be “no cost” to this new source of education.  One of the major promoters of this new education was a man named Horace Mann.  John Blanchard shared Mann’s predictions about what would result from Americans switching to this new source of knowledge and wisdom in his article titled, Can We Live with Public Education?

If American taxpayers could provide education for every child in America, within a short period of time the effect of the public school system would empty all the jails and prisons in the country…Let the home and church teach faith and values, and the school teach facts.

The new provider of “free” education to all of the country’s children and youth would be the state or government.  This change in the source from which children and youth would receive their education would guarantee that the United States would remain to be a great nation for years to come.  This was a radical decision to say the least.  Professor of history of American education, Francis Curran, wrote about this decision to change to a new source of education for American children.

…a revolutionary development in the history of education and in the history of Christianity: the surrender by American Protestantism during the past century of the control of popular elementary education to the state…Only in the United States has Protestantism relinquished the traditional claim of the Christian church to exercise control over the formal education of its children in the elementary school…The Christian churches eventually agreed that the state must have an important place in the direction of popular elementary education.

In Jeremiah we see how God views it when His people make the decision to change the source from which they get their knowledge and wisdom.

For my people have committed two evils; they have forsaken me the fountain of living waters, and hewed them out cisterns, broken cisterns, that can hold no water.  Jeremiah 2:13 (KJV)

The nation of Israel had, in essence, changed their water source, much like the city of Flint, Michigan had done.  God said that they had committed an evil act when they stopped going to the “fountain of living waters” for their knowledge and wisdom.  The second evil they committed was trying to make their own cisterns to hold water from another source.  The problem was that their efforts of collecting water were useless because anything they did on their own ended up cracked and could not hold water.

God’s people changed from drinking “living water” to drinking contaminated water from other sources.  I am sure that these sources seemed safe, reasonable and economical at the time. However, God made it clear that their other sources of water were not only dangerous but also useless.

God asked His people what they thought they would gain by going to another source of knowledge and wisdom than what He offered.  The educational waters of the world (Egypt and Assyria) were contaminated and could not satisfy.

These two fatal decisions brought with them serious and destructive consequences on society. Next week I will look at the cover-up of Flint’s fatal decision.