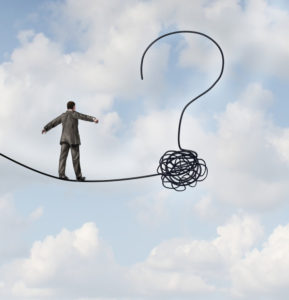 There are many times in life when we have difficulty understanding why certain things happen to us.  It is during those trials and testing that it is important to continue living our daily lives and trusting God to accomplish His will for our lives.  As I reflect on my fifty years in education, I can now see how God was shaping me in so many ways to get me to where He wanted me to be today.

I was a pre-med student in college but God had another plan for my life.  Two weeks before graduation I didn’t know what I was going to do in the future.  I had not been accepted into medical school and I was getting quite anxious about what the future might hold.  One of my classmates had just signed a contract to teach math in a public school south of Buffalo, NY.  When he returned to campus, he saw me in the library and gave me a note with a telephone number on it.  He explained how the school needed a chemistry teacher and asked me to call the number.  This was on a Wednesday night in May of 1968.

The next day I called this school and on Friday I interviewed for the position and signed a contract to teach chemistry.  At the time it was very confusing to me about what had taken place in less than 48 hours.  After all, I was not an education major and had never even thought about teaching.  In the fall of 1968 I began my teaching career.

Those first 5 years of teaching were quite challenging to say the least.  During my tenure in Gowanda, NY I taught Regents Chemistry to juniors and seniors.  New York offered what were labelled “regents” courses.  These courses were intended to be more rigorous and at the end of each course students had to take a regents final exam.  This exam was prepared by the State and no one saw what was on the exam until the day it was scheduled to be administered.  The pressure that these exams carried was enormous because what you scored on the test was your final grade in the course for the year.

The pressure wasn’t just on the students.  Teachers also faced a lot of pressure as your future as a teacher was somewhat determined by how well your students did on the regents exams.  I took the place of a teacher who had been quite successful teaching Regents Chemistry.  87% of her students had passed the exam the year before when the state average was around 82%.  My principal regularly reminded me of the challenge I was facing to have my students do as well those students of the former teacher had done.

The first year ended and when I had graded all of the tests, 96% of them had passed.  For the five years that I taught Regents Chemistry in the school 97% of the students passed their regents exam.  It was through this season in life that I realized God had given me the gift of teaching and that this would be my calling in life.

This was the first time that I can remember my faith being tested. It was frustrating to tell students that they had to answer certain questions in line with evolutionary thought but that those answers were not in line with truth.

One of the difficult situations I found myself in dealt with the theory of evolution.  In order for the students to pass the regents exam they had to answer certain questions as if evolution was true.  This was the first time that I can remember my faith being tested.  It was frustrating to tell students that they had to answer certain questions in line with evolutionary thought but that those answers were not in line with truth.  As I explained to the students, the people making the tests believed in evolution but the design and patterns found in chemistry clearly showed that there was a Creator behind our magnificent universe.

Even back in those days, what I was doing with my students was not acceptable.  I still remember the day when my principal came into my classroom and told me something that brought a lot of anxiety into my life.  He said,

I know what you are doing in your classes.  However, if any parents complain, I will tell you to stop.

What was I going to do?  I shared with some fellow Christians who also taught in the school what the principal had said and asked them to pray for me.  During a men’s prayer breakfast one Friday morning, the only prayer that they prayed was that the principal would not come in and tell me to stop.  I remember very vividly interrupting the prayer time and challenge them about what they were asking God for.  I told them that what I wanted them to pray was if and when the principal came in and told me to stop, I would have the courage to do what was right.  I asked them to pray that God would give me the boldness to teach truth.

I told them that what I wanted them to pray was if and when the principal came in and told me to stop, I would have the courage to do what was right. I asked them to pray that God would give me the boldness to teach truth.

During those five years of teaching in public schools, the principal never came in and told me that I had to stop doing what I was doing.  I had the privilege of seeing several of my students and players (I coached basketball also) place their faith in Christ.  But, I continued to wrestle with knowing what education was really all about.  Was it just a process that students went through in order to get into college or get a decent job?  Was there something more that God expected children and youth to learn during their school days?  I didn’t understand it at the time but I now see that God was stirring my heart in such a way that I would leave the public school system and begin a teaching career in Christian schools.

In the fall of 1973, I began teaching science in a Christian school.  I was so excited because now I could teach the truth behind science without fear of retribution.  In fact, I was encouraged to share my faith and talk about God in everything I did as a teacher and coach.  I felt like I was in heaven.  However, my faith was, once again, rocked during my first open house at my new Christian school.  It was then a parent asked me a question that shook me to the core.  Tomorrow I will share with you what God did in my life on that night.