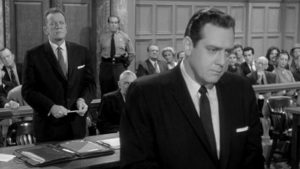 I am a fan of the old TV program, Perry Mason.  I enjoy watching this defense attorney cleverly outwitting Mr. Burger, the DA, and Lt. Tragg and identifying the real people who were guilty in each case.  There was one theme that occurred regularly on Perry Mason.  The general story line went something like this.  A well-to-do person would be disappointed in how one of his own children behaved.  Because of this disappointment, the parent, usually the father, would take stern action toward his wayward child.  The form of discipline that the father would take toward his child would include either giving the family business to another person, or taking the son or daughter out of his will, or even banishing the child from his home and presence.  The father believed he had to take this type of action because of the recklessness by which his child was behaving.  The child had brought dishonor to the family name and this wasn’t going to be tolerated.

Recently, I was watching one of Mason’s cases that involved this type of story line.  As I tried to figure out who was the guilty party in the episode, the thought hit me about how God must feel as He watches His children live their lives today here on earth.  I started wondering if God was broken-hearted by how one of His children or a local church or Christian school was behaving.  Would He have to take serious action toward a wayward child or organization because His name was being maligned?

Over the past couple of weeks, I have pointed out some of the horrendous things that are taking place in the culture today.  I have explained how we must recognize the fact that much of the fault for the condition of society must be laid at the feet of people and organizations who carry the name Christian.  It is easy for a person or an organization to call itself Christian.  It is far more difficult to live up to what God expects from a person or group that calls itself Christian.

God will not tolerate anything that might bring dishonor to His name.  This is evident throughout the Scriptures, especially in the book of Ezekiel.  God took severe action toward His children because of how they mistreated His name.  It started in their homes.

Son of man, when the house of Israel dwelt in their own land, they defiled it by their own ways and deeds;  Ezekiel 36:17 (NKJV)

It didn’t take long before what they were practicing in their homes carried over into the culture.

When this happened, God took action.  However, the reason behind His action is important to understand.  He didn’t act on behalf of His children.  There was something of greater importance that caused God to act.

God will always take action when His people profane His name. He takes action, not for our sake but for His great name’s sake

As we prepare to turn to God on April 23rd, I believe that individuals, families, churches and Christian schools need to examine themselves.

These are difficult questions that must be asked and honestly answered.  If we don’t do this, will God have to take severe action, not for our sakes, but for the sake of His great name?

If you are a KEM Prime Member, I want to encourage you to watch a couple of videos that can be applied to today’s post.  These have just been uploaded and you can find them under the heading, Kingdom Essentials.  They are lessons # 31&32.  Again, if you are not a KEM Prime Member, this would be a good day to become one.  When a school or church becomes a KEM Prime Member, the entire staff and board members have access to all of the resources available.  Join with more than 150 individuals and/or schools that are now KEM Prime Members.   Click here to learn more!