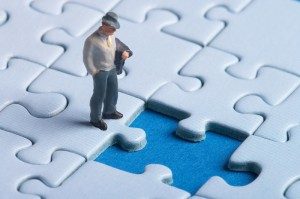 In 1996 the Southern Baptist Convention gave an assignment to its publishing agency, LifeWay Christian Resources.  This new assignment was to address the topics of Christian schools and homeschools.  Through the leading of the Lord, I left ACSI to head up this new work at LifeWay.

I thought that I was going there simply to expand my ministry to Christian schools and homeschools.  However, God had something else in store for me.  This new assignment was not easy to say the least.  On my first day in Nashville I met with the President of LIfeWay.  He welcomed me and then took me up to meet the Vice President who was in charge of the largest division of LIfeWay, Church Resources.  As we were going to the Vice President’s office, the President told me something that I wasn’t ready for.  He said, when I told Dr. Mims that Christian schools would be assigned to his division, he told me that he didn’t really want it.

I met Dr. Mims and he briefed me on the work of Church Resources.  He shared with me that Christian schools and homeschools would be under the Church Leadership Department.  He proceeded to call the Director of this department to join us.  As we were waiting for him to come to Dr. Mims’ office, Dr. Mims gave me a warning.  He told me that when he told Dr. Miller that he had assigned Christian schools and homeschools to Church Leadership, Dr. Miller said that he didn’t want anything to do with this assignment.

To be honest with you, I was somewhat disappointed and anxious. I soon learned that the vast majority of the 1,700 employees there at

However, God brought me there to show me a missing piece that I needed to know in order to understand His purpose for education.

LifeWay there was only a handful who knew anything about Christian schools or homeschools.  Their children were all in secular schools, mostly public schools.  Many of the employees approached me with caution.  I also learned that some of the church growth consultants were actually telling churches that if they wanted to “kill” church growth, start a Christian school.

I spent many hours before the Lord asking Him if I heard Him correctly calling me to LifeWay.  In looking back on the 9 years I spent heading up the Christian school and homeschool section of LifeWay, I, once again, saw God’s hand at work.  I thought I was there to continue working with Christian schools and now with homeschools.  However, God brought me there to show me a missing piece that I needed to know in order to understand His purpose for education.  God knew I needed to understand the importance of the local church.  It was during this time that I realized that the home and church were the two primary, God-ordained institutions that were responsible for educating future generations.

I realized that God’s highest priority for every believer was for him/her to know, understand and experience God’s kingdom each and every day.

Many people at LifeWay assumed that I would come in preaching the need for everyone to put their kids in Christian schools or homeschool them.  However, I started sharing what I had discovered about how God wanted parents and church leaders to educate children.  Where they were educated was secondary to how God expected them to be educated.  Since I was trying to base everything on Scripture related to educating children and youth, more and more of my fellow workers started to understand we were in agreement on many points.

I was beginning to see how the home, church and school had to be united in providing children and youth with a biblically based, Christ centered education.  This is when I started using the illustration of a three-legged stool that I eventually put into my book, Kingdom Education.  To emphasize this growing conviction, I found myself surprising pastors when they called my office seeking advice about starting a Christian school in their churches.  I would tell them that I didn’t think that their church should start a Christian school.  They were shocked and asked why I would say that.  I would go on and explain that my recommendation was that they should pray and ask God if He wanted the church to expand ministry to include schooling.  I still believe that a church shouldn’t have a Christian school but that Christian schooling should be a ministry of the church.  The schooling ministry is the church operating throughout the week in a united effort with the home to disciple the next generation.

The second reason God led me to LifeWay was to help me understand His highest priority for every believer.  There was a major emphasis that was the driving force behind all of the resources LifeWay was developing during my tenure there.  This emphasis was on the kingdom of God.  It was because of this emphasis that I realized that God’s highest priority for every believer was for him/her to know, understand and experience God’s kingdom each and every day.  I believe this to be true because of Jesus’ own words in Matthew 6:33.

But seek ye first the kingdom of God…

the reign of God through Jesus Christ in the life of a believer….

It wasn’t long before I was told by the leadership of LifeWay that I needed to write a book.  It was explained to me that I was saying things that they had never heard and it needed to captured in writing.  I had never written or even thought about writing a book.  However, I started putting together everything that God had been teaching me over my years in education.  When it was finished and ready to go the editor, I had to come up with a title.  I decided to call it Kingdom Education: God’s Plan for Educating Future Generations.

God is to reign as king in the education a child receives at home, church & school!

I thought that I finally understood God’s call on my life and what His ultimate purpose was for education.  There was one big question that I soon faced.  Will this work in real life?  Monday I conclude this series by sharing what God did next in my life that has brought me to where I am today.  Have a blessed weekend.