The Danger Of A Bad Foundation 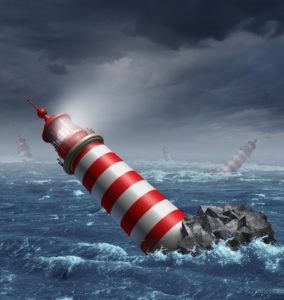 The transgression of the wicked saith within my heart, that there is no fear of God before his eyes.  Psalm 36:1 (KJV)

In contrast to this, Scriptures tell us that the key to true education is based on the fear of the Lord.

The fear of the Lord is the beginning of knowledge.  Proverbs 1:7 (KJV)

The fear of the Lord is the beginning of wisdom: and the knowledge of the holy is understanding.  Proverbs 9:10 (KJV)

The fear of the Lord is the beginning of wisdom: a good understanding have all they that do His commandments: His praise endureth for ever.  Proverbs 111:10

Unfortunately, far too many Christians apply this principle only to their religious compartment of their lives.  The fear of the Lord is something that is supposed to guide what we learn at church and, maybe, at home.  However, what one learns at school is not based on fearing God.  In fact, God is most likely ignored when it comes to the study of the majority of academic subjects.  This is even true in far too many Christian schools.

The result of not fearing God in all of our educational efforts is devastating.  Here is just a small sample of what happens when the fear of the Lord is not the foundation of the education we give our children and youth.

The result of not fearing God in all of our educational efforts is devastating.

What is somewhat surprising about these conditions is that Christians seemed shocked at what is happening in today’s secular society.  The truth of the matter is that this is merely the result of educating our children and youth in a secular, man-centered system.

In 1984, Francis Shaeffer warned that this would happen if Christians did not take a stand for biblical worldview education.

And now when our culture is all but lost, can we expect anything but future disaster in the form of a complete moral breakdown and the rise of a new humanistic authoritarianism if we do not take a stand?

If there is no God, then everything is permissible.

As one writer put it,  the problem with this line of thinking is that there is a God and he has established boundaries and hierarchies, and this goes for both the culture, home, and his church. To tamper with God’s design is to go to war with God himself.  In fact, without God, nothing can be evil because if there were, it would mean that there has to be something that is universally good.

Matthew Henry said, Where no fear of God is, no good is to be expected.

I am thankful for all the good work and resources that are available to parents, church leaders and Christian educators that are designed to make their efforts more effective.  It is important that we learn from research and try to use the best methods of teaching as we try to impact our children’s hearts and minds.  However, there must be a greater emphasis and ongoing effort on developing a strong biblical worldview and a biblical philosophy of education.

There must be a greater emphasis on helping Christians develop a strong biblical worldview and a biblical philosophy of education.

It is my heart’s desire to do all I can to help parents, church leaders and school leaders keep the fear of the Lord front and center in their educational efforts to prepare the next generation for the future.  Every resource that has been developed and uploaded to KEM’s subscription website is designed to do this very thing.  Thank you for your support and prayers as we engage in the battle for the hearts and minds of our children.