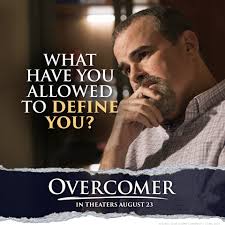 This is the question that was asked Coach John Harrison in the Kendrick Brothers’ new film, Overcomer.  The coach hesitated and didn’t really know how to answer the question.  When he tried to answer the question, it was obvious he was struggling with his true identity.  Harrison’s reaction is typical of many people living in today’s mixed up world.

This past Thursday night my wife and I had the privilege of attending the premiere showing of this new movie.  As I watched, I realized that one’s identity is extremely important in order to be able to make sense out of life.  When I considered some of the alarming statistics that are plaguing society, it became evident that there is an identity crisis among people of all ages.  Consider just a few of the statistics  that show that there is an identity crisis.

Over the past couple of weeks the Christian world has been shocked by the announcements by influential “Christian” leaders that they no longer considered themselves to be Christians.  One such individual was a well-known author and pastor who was a leader in the purity movement.  The other person was a famous songwriter for several popular music groups.  As I read their statements, it became obvious that they had lost their identity and were searching for some kind of meaning and significance.

One’s identity is extremely important in order to able to make sense out of life.

This brings be back to the premiere showing of Overcomer.  The Kendrick Brothers wove together several story lines into a compelling film that captured and held my full attention from start to finish.  The film clearly shows that a loss of identity can happen to a young, troubled teenage girl or to a mature, Christian man.  The movie reminded me that the things of this world cannot provide anyone with intrinsic value and inherent worth.

Let your Creator define you!

The answer to finding one’s identity and significance in life can only be found in one way.  This all-important way was succinctly stated in one sentence that was repeated throughout the film.  Let your Creator define you!  As a new school year begins throughout North America, it is critical that every young person understands God’s big story of life.  This is called a biblical worldview.  The home, church and school must be intentional and making sure that the next generation knows that they are created in God’s image and, thus, have inherent worth and intrinsic value.  Knowing God and knowing themselves, according to Jonathan Edwards, are the two most important pieces of knowledge that one can obtain.

The home, church and school must be intentional and making sure that the next generation knows that they are created in God’s image and, thus, have inherent worth and intrinsic value.

I walked away from Overcomer last Thursday night with a fresh awareness of who God made me to be which gives an understanding of what He wants me to do.  I want to recommend — NO, I want to strongly urge every parent, church leader and educator to attend a showing of Overcomer when it opens this Friday, August 23rd in theaters across the country.  It is also extremely important to have as many young people as possible see this film. 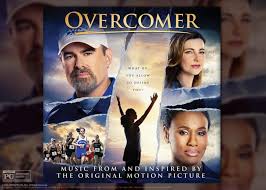 Click here to see the trailer and find out where the film is showing near you.  I am asking you to share this information with as many people as possible through as many means as possible.  We must let our Creator define each one of us!