When Will We Wake Up? 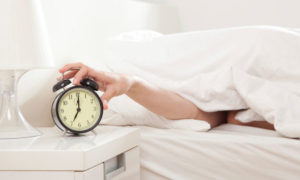 It is hard to comprehend where society has slid to over the last decade.  I would have never thought we would be facing what we are having to deal with in everyday life today.  If you have been receiving these blog posts for any period of time, you know that I am very concerned about how Christians are educating their children.  I once was convinced that when it became clear that secular education was destroying the hearts and minds of students, Christian parents would rush to give their children a biblically based education.  However, that has not become a reality by any stretch of the imagination.  It seems like, no matter what is poured into our children’s minds, parents seem to be okay with it.

I believe that one of the main reasons why we continue to provide our children with a secular education is because we somehow think that it isn’t so bad in our school.  Yes it may happen in some rare cases in other schools but not where we send our children to school.  Unfortunately, it is happening in every secular educational program, whether it be in public, private or home schools.

All education is aimed at shaping a child’s worldview

Another reason why we don’t concern ourselves enough with the education our children are receiving in school is that we think that schooling is only about academics.  The home and church deals with the spiritual aspects of life.  Whenever I hear something like this, I realize that many, if not most, Christians don’t understand what really takes place in every educational institution.  All education is aimed at shaping a child’s worldview — his or her belief system.  Kevin Swanson makes this point very clear when he wrote,

The main business of all education is the communication of ideas.  Upgrade: 10 Secrets for the Best Education for Your Child

It is time to wake up and understand that every educational effort is driven by the pursuit of some god.  This fact was brought home to me, once again, last week.  My good friend, Dr. Christian Overman, has been publishing a series of blogs on the dangers of Critical Race Theory.  Last week’s post was especially startling to me as I read it.  Dr. Overman showed how politically correct mathematics has become in many schools.  As I read this post, I thought about all the times when I have heard people say that math education is one subject that can be taught in a spiritually neutral manner.  After all, math facts are just that — FACTS!

It is time to wake up and understand that every educational effort is driven by the pursuit of some god.

The reality is there isn’t a subject that can be taught void of installing some beliefs and values.  Overman wrote about how one public school’s math curriculum contains the following objectives.  (Click here to read Overman’s article.)

The students will be able to identify how math has been and continues to be used to oppress and marginalize people and communities of color.

The students will understand how Western mathematics has been used as a means of power and oppression.

The students will explain how math dictates economic oppression.

Students will discuss essential questions such as: Who holds power in a mathematical classroom? and When has math been used historically to resist and liberate? and Who gets to say if an answer is right? and How can we use math to measure the impact of activism?

Did you get a sinking feeling in the pit of your stomach as you read these objectives?  Do you fully understand the battle that is being waged through this math program?  Can you believe that students are actually being told that math is relative?  This is what is being implied by the question, Who gets to say if an answer is right?  There will be some parents who learn that this is going on and they may voice some concerns.  However, the majority of parents, including most Christian parents, won’t even know this stuff is being taught to their children or, if they do, they won’t do anything about it.

I pray to see the day when Christians would have the same determination to shape their children’s worldview biblically as the world has to shape student’s belief systems from a secular, anti-Christian worldview perspective.

Listen to the sad words that one educator posted on Twitter a few days ago.  This teacher was apologizing to new teachers who have been told that teaching is all about engaging students in meaningful learning experiences.

New teachers, I’m sorry if we veteran educators have misguided you about the profession.  It’s not about cute classrooms & trendy ideas.  It’s political.  It’s advocacy.  It’s the front line of battle for the future of our nation.  Go no further if you’re not ready.  Jim Dearybury

Education, especially schooling, has never been, is not now, or ever will be spiritually neutral.  All education is determined to shape the worldview of its students.  I only wish that Christians would wake up.  I pray to see the day when Christians would have the same determination to shape their children’s worldview biblically as the world has to shape student’s belief systems from a secular, anti-Christian worldview perspective.