It’s Not About Politics!

Politics is a reality of life here on earth and, therefore, God wants to rule in this area of my life as King.

I very seldom deal with topics outside of education in my blog posts.  However, I have become very burdened about something over the past couple of months.  So, I am taking a break from discussing education and addressing an extremely controversial topic this week — politics.

I have been preaching a four-part series at my church called Mind Blown: Finding God’s Purpose in a Fallen World.  It has been an extremely challenging time for me as I have spent hours in God’s Word in preparation for this series.  In doing so, I have found myself very broken about what is happening in our country.  I want to share several truths with you that God has reminded me of over the past few weeks.

There is no sphere of my life that is outside the Lordship of Christ.  For years I have taught how devastating it is to divide life up into two compartments — the secular and the sacred.  However, God convicted me that I was doing this very thing when I look at government/politics and think that I don’t have to be involved in it.  Politics is a reality of life here on earth and, therefore, God wants to rule in this area of my life as King. 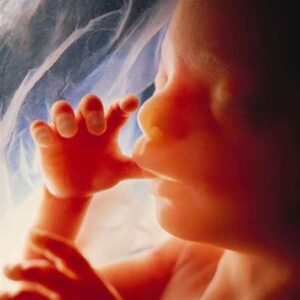 All human life is sacred as every person has been created in God’s image.  Every person has intrinsic value and inherent worth because they are image bearers of God, imago dei.  I was reminded of how God creates each person distinctively different from every other individual.  This truth doesn’t simply apply to a person after he/she is born.  It also is true for every unborn child.  God makes this clear when the Holy Spirit led David to write,

For You formed my inward parts; You covered me in my mother’s womb.  I will praise You, for I am fearfully and wonderfully made; marvelous are Your works, and that my soul knows very well.  My frame was not hidden from You, when I was made in secret, and skillfully wrought in the lowest parts of the earth. Your eyes saw my substance, being yet unformed and in Your book they all were written, the days fashioned for me, when as yet there were none of them.  Psalm 139:13-16 (NKJV)

Another example of the fact that life begins at conception is found when God explained His plan for the prophet Jeremiah’s life.

Then the word of the Lord came to me, saying: “Before I formed you in the womb I knew you; before you were born I sanctified you; I ordained you a prophet to the nations.”  Jeremiah 1:4-5 (NKJV)

We even find that John the Baptist did something amazing while still in his mother’s womb.

Now Mary arose in those days and… entered the house of Zacharias and greeted Elizabeth.  And it happened, when Elizabeth heard the greeting of Mary, that the babe leaped in her womb… Luke 1:39-41 (NKJV)

When Mary was pregnant with Jesus and visited Elizabeth, John the Baptist, who was in his mother’s womb, leaped when he realized he was in the presence of the Messiah.  This is amazing!

The sanctity of human life is not a political position.  Nor is it a personal choice.  It is fundamental to the Gospel.  This is because Jesus became a man, lived a sinless life, laid His life down on a cruel cross and rose from the grave to defeat death and sin for every person that bears God’s image.

When one ponders this wondrous truth, one sees the evil of abortion.  Again, I must emphasize that the issue of abortion is not a political one but an essential spiritual issue.  Since 1973, over 62 million babies have been killed by abortion in our country.  This averages out to more than 2,000 deaths by abortion every single day.

I am accountable to God for how I protect or don’t protect human life.  Most Christians who believe the Bible to be God’s Word will say that they believe in the sanctity of all human life.  However, we sometimes fail to see how much each person’s life means to God.  In my personal study this past month, God convicted me of not doing all I can to protect every human life.

In the Old Testament, we find that God’s people, Israel, were committing an abomination to God.  What was this abomination?  It was the fact that some of them were sacrificing their children to Molech. 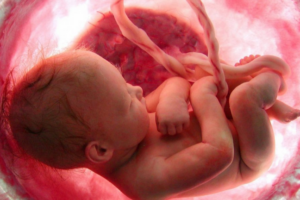 The Canaanites had a pagan practice of offering a new born baby to their god, Molech.  This false god was usually formed in an image of a man with the head of a bull.  The idol would have outstretched arms and hands in which the people would place their little baby.  The ritual included burning hot fires around the statue that would heat the statue to a temperature that would cause the baby to actually sizzle to death.  While this sacrifice was taking place, the people would play flutes and pound drums in an attempt to drown out the shrieks and cries of the babies burning to death.

This act was so horrific in God’s eyes that he required any person who practiced this was to be put to death.  But God didn’t stop with just judging those who were practicing child sacrifice.  He also held all of Israel accountable for this horrific sin.

And if the people of the land should in any way hide their eyes from the man, when he gives some of his descendants to Molech, and they do not kill him, then I will set My face against that man and against his family…  Leviticus 20:4-5  (NKJV)

So what does all of this have to do with politics.  As Christians, we must participate in the political process. It is true that government is not the answer to our problems but God did ordain this institution.  I have also held the conviction that no one really votes for a person or a party.  When we vote, we are approving the ideas/platform that a person and his/her party stands on.

This means that I must vote in accordance with whose platform/beliefs best reflects God’s standards, especially when it comes to the sanctity of human life.  I know that this is a controversial statement but I cannot vote for anyone at any level of government who is in favor of the murder of unborn babies!

I know that this is a controversial statement but I cannot vote for anyone at any level of government who is in favor of the murder of unborn babies!

As I prepared to deliver these messages over the past three weeks, I came to realize that we are under God’s judgement for not doing more to protect the life of the unborn.  We must understand that God is immutable.  That means His ways, purposes and statues do not change.  He will set His face against us if we continue to hide our eyes to this horrific practice of abortion.

I am praying that Christians all across the country will not allow the loud sounds of political discourse, COVID-19, and social unrest drown out the cries of the unborn.  We must seek God’s face, repent of our sin of apathy and actually be His salt and light in a dark, wicked world.  The unborn are depending on us!