A Call To Be Different 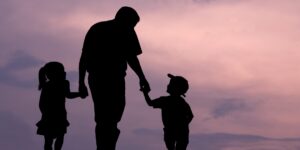 Psalm 78 has been a very important passage of Scripture to me over the years.  In the first seven verses of this Psalm, God challenges fathers to be leaders in the education of their children.  [Even though the focus in Psalm 78 is on fathers, these same truths can be applied to mothers and, even, teachers.]  The efforts of fathers in training their children is supposed to be so constant and intentional that it will impact the lives of future generations all the way down to their great grandchildren.

I have written about these verses on several different occasions.  However, in this post, I want to focus on what God says in verse 8.  After challenging fathers to biblically educate their children, God gives a very stern warning.

God tells a generation of fathers not to be like their own fathers.  God wanted this generation of parents (fathers in particular) to be different.  Why did God give such a harsh warning?  It was because the influence of fathers carries over to several generations of young people who will follow them.

It is important to note what characteristics this earlier generation of fathers exhibited that would produce such a grim admonition.  We find that these fathers had some major flaws in their lives.  God said they were:

A stubborn and rebellious generation, a generation that did not set its heart aright, and whose spirit was not faithful to God.  Psalm 78:8 (NKJV)

God condemns a generation of fathers because they were stubborn  and rebellious.  When reading this, we might think that these dads didn’t believe in God.  However, that was probably not the case.  These Israelite fathers may have been very religious but God still considered them to be stubborn and rebellious.

Why did God judge them to be so?  The rest of verse 8 gives us the answer to this all-important question. They were not steadfast toward God in their hearts and they ended up not being faithful to Him.  They may have had the appearance of being very spiritual but they had set their hearts on things other than God.

God condemned a generation of fathers for being stubborn and rebellious in Psalm 78:8.

As one reads through the rest of this Psalm, he/she will see several characteristics that marked this stubborn and rebellious generation of fathers.  In verse 10, it says that they refused to walk in His law.  It doesn’t say that they didn’t know God’s law.  They probably quoted the law and taught it to their children.  However, they refused to live their everyday lives according to the law.  It is one thing to know what the Bible says.  It is something else to believe it and obey it!

A second thing that caused this generation of fathers to be rebellious was that they forgot His works and wonders (verse 11).  Even though they had seen all the marvelous works that God had performed on behalf of the people, these fathers had wiped them out of their memories.

When one forgets God’s works and miracles, the result will always be disastrous.  Verse 17 says that these fathers (parents) continually sinned against God.  One of the most common ways that one sins against God that results from forgetting all of His wondrous works is testing God in their hearts (verse 18).

Testing God in one’s heart is usually done when he/she is never satisfied with what God has done or provided.  The Israelites were constantly complaining and, no matter what God did, it was never enough.  One  example is found when He provided manna for them to eat; but they wanted meat.  Whatever He did, these fathers demanded more.

Testing God in one’s heart is usually done when one is never satisfied with what God has done or provided.

The Psalmist records how this generation of fathers returned and sought earnestly for God when God’s judgement and discipline became too harsh.  However, this apparent change of heart was merely in word only.

Nevertheless they flattered Him with their mouth, and they lied to Him with their tongue; for their heart was not steadfast with Him, nor were they faithful in His covenant.  Psalm 78:36-37 (NKJV)

As one reads this Psalm, there is one thing that is clearly seen.  When fathers (parents) are not faithful to God in raising their children biblically, society quickly crumbles.  This is what happed with Israel.  In fact, God eventually caused them to be taken into captivity by their pagan enemies (verses 61-64).

This is exactly what we are witnessing in our country today.  Parents (I include myself in this group), in a very real sense, have become stubborn and rebellious.  They have not been steadfast in heart toward God.  They have forgotten all the wondrous things God did for them by bringing them out of the bondage of sin and into the abundant life in Christ.  This has led them to constantly test God by never being satisfied and always wanting something more.

There have been some efforts to repent but they have proven to be all talk but there is no evidence of true repentance.  We are now experiencing what it is like to be taken into captivity by a pagan culture that is out to destroy Christianity.  What can be done to alter the current path of destruction that we are on?

We need parents (fathers in particular) to shepherd their children like David shepherded Israel (Psalm 78:70-72)

The answer to this question is found in verses 1-7.  Parents, in general, and fathers, specifically, need to step up to the plate and diligently educate their children biblically.  What character qualities must this new generation of parents/fathers exhibit in order to be successful?

Let’s look at the closing verses of this Psalm to find out what type of person God will choose to accomplish this all-important task.

He also chose David His servant, and took him from the sheepfolds; from following the ewes that had young He brought him, to shepherd Jacob His people, and Israel His inheritance.  Psalm 78:70-71 (NKJV)

God chose a man who was faithful and obedient in the little things He had given him to do.  David willingly kept his earthly father’s sheep.  So, God picked David to do the same thing with God’s people that he had faithfully done with his father’s sheep.

God is looking for parents, church leaders and teachers who have integrity of heart and skilled hands to shepherd the next generation of young people.

We need parents, fathers in particular, to shepherd their children like David shepherded Israel.  This means that every child needs to be educated in such a way that they will know God and all His wondrous works.  In order to do this, there must be two character qualities in their lives that were in David’s life as he fulfilled his assigned task.

So he shepherded them according to the integrity of his heart, and guided them by the skillfulness of his hands.  Psalm 78:72 (NKJV)

God is looking for parents (fathers), church leaders and teachers who have integrity of heart and skilled hands to shepherd the next generation of young people.  May we be that kind of people and not like those who were stubborn and rebellious.