A Faithful Servant and Dear Friend 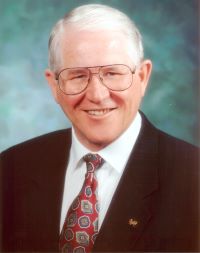 It was the summer of 1978.  I was a young administrator at Lynchburg Christian Academy and had the opportunity to attend the International Institute of Christian School Educators in Winona Lake, IN.  It was at this week-long event that I was first introduced to Dr. Paul Kienel.

That year’s Institute was also when three Christian school organizations merged to form the Association of Christian Schools International (ACSI).  Two men who had significant influences on my life and ministry were Dr. Roy Lowrie, Jr and Dr. Paul Kienel.  These two men were tasked with leading this new organization.

Dr. Kienel was a servant leader in the truest sense of the term.  He had sacrificed so much as he served as the head of the California Association of Christian Schools.  Then, he expanded the scope of that ministry to form the Western Association of Christian Schools before merging it into ACSI.  He and his faithful wife, Annie, worked out of their home in the early years before additional office staff and facilities were possible.

There were four things that were dear to Dr. Kienel and his life reflected his convictions about each of these.  They were his love for the Lord, His conviction about the truth of God’s Word, the necessity for Christian education and his family.  If you ever spent time with him, you would have heard about each of these important aspects of life.

Paul was a very quiet leader who led by example and served others.  He was soft spoken but was a man of deep convictions.  ACSI’s theme verse was Colossians 1:18 and it served as the driving force behind all it did — especially the last part of this verse.

And He is the head of the body, the church, who is the beginning, the firstborn from the dead, that in all things He may have the preeminence.  Colossians 1:18 (NKJV)

Dr. Kienel always challenged the leadership team of ACSI to make sure that Christ had the preeminence in every thing we did.  He also drilled a statement into our hearts and minds whenever we met as a team to plan for the future.  I can still hear him challenging us to keep the main thing the main thing!

I can vividly remember how Dr. Kienel challenged Christian educators to filter everything through the lens of Scripture.  He would take something that man had written and explain how there were three ways to interpret a man’s writing.  You could use a man’s writing as a lens to interpret the Bible.  Or you could compare the Bible with a man’s book side by side and pick and choose what you like.  However, the only way to understand what a person had written was to look at it through the Bible.

Since Paul believed so much in the family, it was no coincidence that he treated the ACSI staff as one big family.  In many ways, Dr. Kienel was like a father to me and others who served with him.

I will be forever grateful that he allowed us to bring our spouses to our summer staff meetings.  My wife developed lifelong friendships with the wives of other regional directors during those special summer meetings.

Dr. Kienel modeled Christlikeness to all of us as we worked together as a family to advance God’s kingdom through Christian school education.  He epitomized the teaching of Jesus that is found in several of the gospel accounts.

But Jesus called them to Himself and said to them, “You know that those who are considered rulers over the Gentiles lord it over them, and their great ones exercise authority over them.  Yet it shall not be so among you; but whoever desires to become great among you shall be your servant.  And whoever of you desires to be first shall be slave of all.  For even the Son of Man did not come to be served, but to serve, and to give His life a ransom for many.”  Mark 10:42-45  (NKJV)

When I think back over my years of ministry, I find myself indebted to Dr. Kienel for believing in me and investing in me so much.  He was the one person who challenged me to speak and write on a biblical philosophy of education.  I went to him for advice when LifeWay Christian Resources contacted me and asked me to come and head up their Christian school section.

Dr. Kienel encouraged me to take this position because he believed it could impact the Christian school movement in a major way.  It was because of his counsel and my leaving ACSI to go to LifeWay that eventually led to the publishing of Kingdom Education: God’s Plan for Educating Future Generations.  Words cannot express my gratitude for Paul’s faith in me that continues to challenge me each and every day to imitate him just like he imitated Jesus Christ.

Many people didn’t realize that Dr. Kienel was an excellent craftsman when it came to woodworking.

In fact, he built many of the cabinets and the conference table in ACSI’s headquarters when it moved to Colorado Springs.  At a recent gathering of former staff members in Branson, MO, Dr. Kienel presented each of us that were there with a beautiful gift.  He had handmade a wood pen holder that is still on my desk today.

When I think of Dr. Paul Kienel, the words of the prophet Samuel come to my mind.  Samuel was being replaced by a king that the people were demanding.  Samuel showed godly humility as he addressed the people he had served for so many years.  He said,

Moreover, as for me, far be it from me that I should sin against the Lord in ceasing to pray for you; but I will teach you the good and the right way.  Only fear the Lord, and serve Him in truth with all your heart; for consider what great things He has done for you.  1 Samuel 12:23-24 (NKJV) 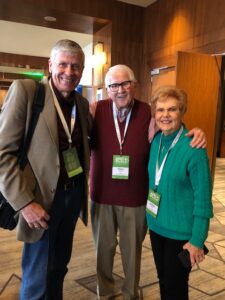 I knew that Dr. Kienel was always praying for me as was the case with everyone that he influenced.  I could follow his advice and direction because I knew that he always taught me the “good and the right way”.  He will be missed for certain.  Only eternity will show how many thousands of lives were impacted for Christ because of his service to his Lord and Savior.  There is no doubt in my mind that he heard the words that all of us should strive to hear when we enter God’s presence.

His lord said to him, ‘Well done, good and faithful servant; you have been faithful over a few things, I will make you ruler over many things. Enter into the joy of your lord.’  Matthew 25:23  (NKJV)

Thank you Dr. and Mrs. Kienel for your friendship and faithfulness to God and His Word.  My prayers are with Annie and the family during this time of loss.  May God’s richest blessing be with the family in the days ahead.

It is time for those of us who were influenced by Dr. Kienel to rise to the occasion and strive to impact young hearts and minds through biblically based education.  May his legacy continue until the coming of the Lord.