The Challenges of Being Blessed 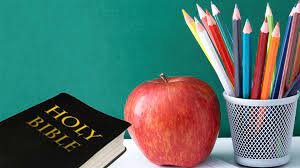 I hear it everywhere I go. Christian school leaders are saying things like this. God is blessing our school. Our enrollment is stronger than it has ever been. We have waiting lists in many grades and we are thinking of expanding our facilities.

There is no doubt about it. Christian schools and home schools are growing at an unprecedented rate. Many believe that this is an unintended result from the recent shutdown of schools due to the recent pandemic. With students now attending classes at home on their computers, parents became aware of the dangerous ideologies that their children were being taught in secular schools.

The Association of Christian Schools International, ACSI, reported a 12% increase in enrollment in their member schools. One article quoted a Christian school leader saying,

This is a once-in-100-year moment for the growth of Christian education.

With exploding enrollment numbers came some added blessings. Budgets not only became balanced but many schools experienced some surplus of funds that allowed them to expand facilities, faculties and programs. When talking with school leaders, I am often told how good God has been and how He continues to bless their schools.

Even though I am elated about all of this, I am also aware of some dangers that Christian school leaders must be aware of. Some recent articles have addressed some of the challenges that will always come with God’s blessings. These challenges may come in a couple of different ways.

First, God may test us to see if we stay focused on Him and not on His blessings. This was the case in Abraham’s life. God had promised him a son that would birth an entire nation. After years of hoping for this son, Issac was finally born. I can’t imagine the excitement that Abraham and Sarah must have experienced with this amazing blessing from God.

However, God tested Abraham by telling him to sacrifice this child on an altar. Most of you know the story of how Abraham trusted God and was ready to plunge a knife into his son’s body when God stopped him and provided a ram for the sacrifice. God told Abraham,

And He said, “Do not lay your hand on the lad, or do anything to him; for now I know that you fear God, since you have not withheld your son, your only son, from Me.” Genesis 22:12

I experienced this many years ago when I participated in several 4-day convocations in various republics of the former Soviet Union. These teacher training conferences were part of the Comission where Christian educators were invited to come to these countries and train their teachers on the topic of a biblical morality as a foundation for society.

One of these convocations was held in Minsk, Belarus. As we were sharing the truths of Christianity, a professor of Darwinian biology at the local university asked to meet with me. In that meeting she shared with me that a lot of the teachers in attendance weren’t really interested in the Christian faith. She went on to tell me that they merely were looking for a better economic system that would ease the terrible conditions that they had experienced under Communism. They saw Christianity as a means to economic prosperity so they would tolerate listening to us in order to achieve this end.

Parents who bring their children to Christian schools without knowing or wanting to know the biblical philosophy of education (Kingdom Education™) will also bring with them some pressures we must be ready to resist. If a school gives too much focus on Jesus and the Bible (in these new parents’ minds), you will start to hear such statements as,

We don’t mind Bible class and chapel but we didn’t enroll our children here to have Bible taught to them in every class. You need to teach the academics without all this Bible stuff.

A few years ago I challenged Christian school educators on the need to avoid pursuing the world’s concept of excellence and pursue biblical excellence instead. I explained how biblical excellence focuses on godly character rather than performance and achievement. At the end of the session, the head of a large Christian school said to me, “That was powerful and I agree with what you said. However, we must also understand the pressure from our parents to be “academically” excellent or else they won’t keep their children in our school.”

There is another challenge that we are starting to see spring up in Christian schools during this time of God’s blessings of increased enrollments. With this opportunity to impact many more young hearts and minds for eternity comes Satan’s attack to destroy Christian schools. I have become convinced that there is one hill that Satan does not want to give up in his war against God. That hill is the hill of education.

Satan knows that if he can control the education a child receives, he can take their minds captive to human thinking and the ways of the world (see Colossians 2:8). The devil has been quite successful in controlling what has been taught to the vast majority of young people in our country for many decades. He has done this by keeping more than 90% of young people in secular educational programs. As a result, 70-80% of Christian young people have been leaving the church within a few years after high school graduation.

There have been recent articles that have shown how Christian schools have been attacked for doing one thing — teaching biblical truth to their students. I strongly encourage you to read these two articles — Christian Education: an Alternative or a Standard? and A Christian School is Caught Teaching Biblical Truth. These are must reads for every Christian parent and educator if we are going to be prepared to engage in the cosmic battle of worldviews that are sure to come our way.

Unfortunately, we have far too many parents, administrators, board members and teachers who do not have a biblical worldview and, therefore, do not understand a biblical philosophy of education, Kingdom Education™. The result is not only are they not prepared for the challenges that are already here but they may also be used by Satan to attack the biblical purpose for why Christian schools exist.

I have been giving my full attention to addressing these challenges through these weekly blogs, the new weekly podcast, Kingdom Currents, and the upcoming Kingdom Education Summits. I cannot stress it enough how important it is for Christian school leaders to subscribe to the podcast and join me at one of the Summits this summer.

I thank God for the rich blessings He has showered on us by giving us a greater number of young hearts and minds to steward for His glory. However, let’s make sure we are up for the challenges that will come our way because of His blessings.