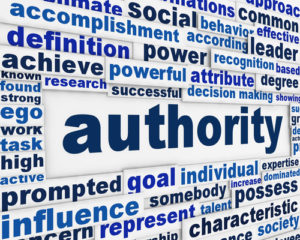 Over the past couple of weeks I have attempted to address the issue of authority and subjection from a biblical perspective.  So far, we have seen how authority is set in place for the purpose of function not importance.  Anyone who finds himself in a position of authority is not to think more highly of himself than those he is leading.

We also looked at how submission to authority is not a negative thing but something that is good.  This is because even Jesus lived a life of full submission to His Father.  In fact, the degree to which I submit to the authority God places over me determines how Christlike I am becoming.

Since God establishes authority which, in turn, requires submission to authority, why is there such a problem with all of this throughout civilization?  All one has to do is look at what is going on in governments around the world or in everyday life to see that there is constant resistance, rejection and even rebellion to any and all forms of authority.  The answer to this dilemma is two-fold.

First, we must understand that because of the Fall, the flesh never wants to submit to any authority.  The flesh wants to be completely autonomous.  This is what led to sin in the first place.  Adam rejected God’s authority in his life and chose to do 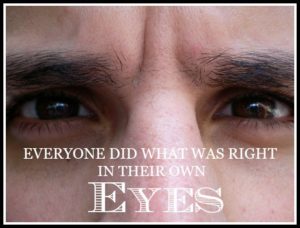 what he thought to be best.  Sinful man’s condition can be summed up in the phrase that is found throughout the book of Judges.

No one wants a king in his life.  I believe that is why people will continue to believe in evolution when everything in the universe shouts of a creator.  If man admits that there is a supernatural being who created everything, then man must also admit that he is accountable to Him.

The second reason why I believe that just about all institutions of authority are being rejected has to do with how people exercise their authority.  This is true in the family, church, education, government and society in general.  The Bible speaks a great deal of how important it is for people to submit to authority.  However, many Christians don’t give much heed to what the Bible says about how one is to exercise his/her authority.

Over the past few years, I have given a great deal of thought into a very familiar passage of Scripture.  I have found this verse to have significant meaning on just about every aspect of my life.  I am sure you probably have memorized this verse and quoted it at one time or another. 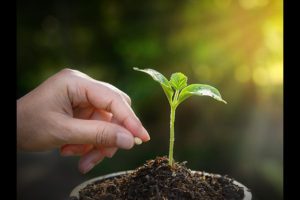 Do not be deceived, God is not mocked; for whatever a man sows, that he will also reap. Galatians 6:7

Too often, we apply this to what happens when we commit sin.  If we sow to the flesh, we will reap corruption.  However, I have been convicted lately about the fact that this verse applies to every aspect of my life.  Being a teacher and a coach, I always wanted my students to pay attention to what I was presenting in a lesson or trying to execute in a practice.  I would get frustrated and sometimes angry if students weren’t paying attention or not putting forth the expected effort.

Then I was confronted with how I was paying attention or putting forth effort when listening to the preaching of God’s Word in a church service or sitting in a lecture or some staff development training in my job.  I had to admit that many times I didn’t pay attention the way I should have.  This was especially true when I found myself thinking that what someone else was saying wasn’t what I thought was all that important.  The thought hit me that when my students didn’t pay attention to me was I simply reaping what I had sown when I was in the role of being a student?

So it is with the exercise of one’s authority.  I will reap the consequences of what I sown in how I exercise any authority that God gives me.  If I “lord it over” those I am to lead, then I will reap anger and resistance from them.  If I am always “threatening” others, I will reap a challenging spirit from those I am trying to lead.

God taught me a very valuable lesson related to how He expects us to exercise authority that He gives us.  I was teaching a Bible ethics class at a Christian school.  We were studying a series of biblical principles that were to guide us in making decisions.  Everything was going fine until we got to the principles of authority and submission/obedience.  As soon as I announced the topic the students reacted negatively.  Their mindset was that is all they ever hear — obey, obey, obey!

I knew that they needed to understand authority and submission/obedience if they were going to go out and live successful lives.  I took them to two passages of Scripture and asked them a question related to each verse.  These two verses were:

…ye fathers, provoke not your children to wrath: but bring them up in the nurture and admonition of the Lord. Ephesians 6:4

Fathers, provoke not your children to anger, lest they be discouraged. Colossians 3:21

Here are the two questions that I asked them. 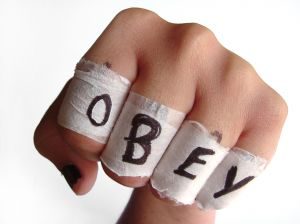 Their answers were convicting.  They told me that when someone in authority is dictatorial or authoritarian in how he/she exercises their authority, it created anger and wrath in their lives.  The attitude that says I am the boss, do what I say, because I say so resulted in angry reactions from these students.

Then they told me that what caused discouragement in their lives was when people in authority were too lenient.  This answer 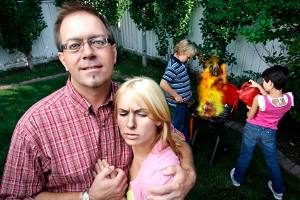 was surprising so I asked them to explain it.  Students explained when people in authority were not willing to set clear boundaries and hold them accountable to staying within those boundaries, they believed that their authority didn’t care about them.  They got the sense that their authority, many times their parents, wanted to be “liked” by them and were more interested in their own comfort rather than the good of the child.

Both of their responses dealt with “how” one exercises his/her authority — not with the fact that they “had” authority over them.  There are several passages of Scripture that gives us guidance in how we are to exercise authority over those we are to lead.  It would be good if we studied these passages and lived them out in our daily interactions with others.  I have listed some of the passages I have found helpful.

What do these verses tell you about how you are to exercise your authority?  What other verses have you found helpful in being a servant leader?  Leave your comments below.