Will Our Children Be Able To Stand? 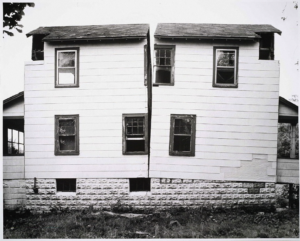 Last week I heard a sermon on the family that had a different twist to it.  The text for the message was taken from Matthew 12:25 which reads:

Those familiar with this passage know that Jesus said this to the religious leaders of His day who accused Him of casting out demons by the power of Satan.  This account is also recorded in Mark 3 and Luke 11.  So it is an important concept to understand.  At first, I was wondering how this passage could possibly relate to the family.  Then the pastor pointed out that Jesus not only said that a kingdom divided against itself will fall but He also applied this same principle to a city and a home.  Jesus was making the point that true success requires congruency or cohesiveness.  Without cohesiveness there will be division and division will lead to failure.

The pastor emphasized this important concept by defining division as having a divided vision.  This resonated with me as I have both played on many sports’ teams and coached several teams over the years.  Whenever there were players who had a different vision for what needed to be done that was different from that of the coach, the result was, most often, a loss.  Any division made success impossible.  The solution to removing division and uniting any group is that there must be a common denominator upon which all parties agree.

For the Christian, the only common denominator that will unite an individual, a family, a church or a school is God’s Word.  Paul wrote about the need to understand that the Bible stands above all human opinions and is the only foundation that unites people rather than divides them.

All scripture is given by inspiration of God, and is profitable for doctrine, for reproof, for correction, for instruction in righteousness: That the man of God may be perfect, thoroughly furnished unto all good works. 2 Timothy 3:16-17 (KJV)

Here we find that it is profitable to go to Scripture in order to unite people and avoid having a divided house that will eventually come to destruction.  God’s Word is profitable for: 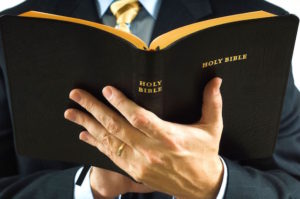 It was at this point in the sermon that the pastor made a profound statement.  He said, differing opinions are actually differing worldviews!  That made me stop in my tracks.  The implication of this statement was that if there was not a consistent worldview in a person’s life, in the home, church or school, there would be division.  The result would be that one’s life, a family, a church, a school etc. would be brought to destruction because it could not stand.  I must admit that with this statement my mind started racing.  I thought about James 1:8 where the writer said that a double minded man is unstable in all his ways. 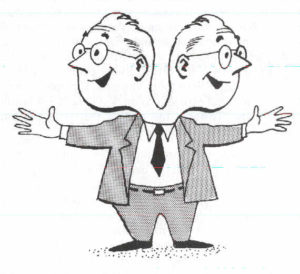 Unfortunately, most Christians suffer from double-mindedness!  We have divided our lives up into two compartments — the secular and the sacred.  Certain areas of life are controlled by a secular worldview.  The “religious” areas of life are guided by a biblical worldview.  The result is that there is no cohesiveness to our lives, our homes, churches, schools etc.  This is not something that only exists in individuals’ minds.  It is also prevalent in how we educate our children and youth.  We take them to church on Sundays so that they know what the Bible says about life.  Then, the majority of parents send their children to secular schools the rest of the week where the world tells them what life is all about.  The result is that our children are being educated in double-mindedness and, therefore, are doomed for failure and destruction.

I find this problem becoming more prevalent even in Christian education.  Too many times there is a different worldview at the basis for what is taught in Bible classes and what is taught in the other “academic” subjects.  To compound this problem, there isn’t adequate training taking place to help parents, teachers and church leaders develop a comprehensive biblical worldview.  Then, when you add the reality that an increasing number of schools tend to use secular textbooks, we can understand why the problem of double-mindedness is becoming so prevalent.

Many of us were broken hearted when we heard of the recent school shooting last week that left 10 people dead and several others wounded.  Within a few short hours of this tragedy a divided house could be clearly seen.  On one side, there were those who were demanding more gun control.  On the other side there was the warning that the other side wants to take away our constitutional right to protect ourselves.  One side said that guns were killing our children.  The other side was saying that guns don’t kill, people do.  Some agreement was heard when both sides said that part of the problem was due to lack of sufficient mental health services.  I even read a report where a former leader in the department of education hinted that students should boycott schools until gun control legislation is passed.  My mind was baffled when I read how the president of Planned Parenthood was decrying the senseless murder of children due to “gun violence”.  However, this same person heads up an organization that has been reported to have been responsible for over 300,000 abortions last year alone.  The degree to which double-mindedness has infected our culture is mind boggling to say the least.

The real problem that is behind the crumbling of society, in general, and our homes, in specific, is that there is no longer a comprehensive, consistent worldview that matches reality on which the majority of people agree.  Of 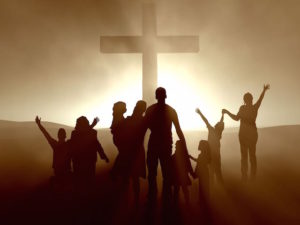 course the only worldview that can provide this type of congruency is a biblical one.  Until we teach our children at home, church and school that the value of human life is found in the reality that God created each person in His own image, we will never see a decrease in the senseless loss of human life that is so common in the world today.  That is why I have spent the last couple of years developing resources that I pray will help Christian parents, church leaders and educators develop a biblical worldview.  If we don’t unite the home, church and school and provide our children with a biblical worldview education, we will continue to see future generations grow up with divided minds.  God’s Word says that when this occurs, they cannot stand; they will be brought to desolation!

It is my prayer that many families, churches and schools will become KEM Prime Members and develop a single-mindedness based on a biblical worldview.  Click here to learn more about this or email me at glen@kingdomeducation.org.  Join in this conversation by leaving a comment below.