What Are Our Children Being Equipped For? 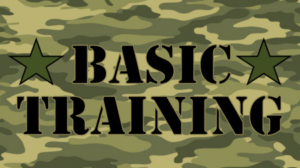 In light of last week’s post Enough is Enough, I want to look at another essential goal of education that must be pursued by all Christians.  There is no question that we are engaged in a fierce culture war.  Therefore, the education we give our children and youth must be aimed at achieving this very important goal.

Education must equip people for war!

There is a trend that I see taking place in western Christianity.  This trend is an effort to “tone down” any talk of war.  The argument for this line of thinking is usually stated in this way.  If Christians are to be “relevant” in today’s culture and want to influence the lost about their need for a Savior, they need to be more understanding and not use language that reflects conflict, battle or war.  I understand that Christians must show compassion and empathy to the lost.  However, God’s Word has much to say about war and all Christians’ responsibility to engage in a very real war that has been raging throughout human history.

The goal of protection is not to shelter students but to prepare them.

The reality is that ever since the Fall, man has been at war with God, His creation and each other.  This is because with the entrance of sin into the world all relationships were broken.  Christians always talk about how the Fall has separated man from God.  However, it is also true that sin has set man against man generically speaking.  There is no question that the culture war today is seen in such things as rising levels of violence, gender confusion and loss of truth.  Last week we addressed the fact that this war is now targeting babies both in and out of the womb.

The reality is that ever since the Fall, man has been at war with God, His creation and each other.

In the Old Testament the reality of war can be seen whenever God instructed the leaders of Israel to take a census of the people.  The first census taken of the Israelites is recorded in the book of Numbers.   God instructed Moses to number the people.

Take a census of all the congregation of the children of Israel, by their families, by their fathers’ houses, according to the number of names, every male individually, from twenty years old and above—all who are able to go to war in Israel. Numbers 1:2-3 (NKJV)

There were some other instances when God instructed the leaders of Israel to number the people.  In each case, they were to number the men who were 20 years old and older who were fit for battle.  It is true it was expected that when a man reached 20 years of age, he was supposed to be able to fight on behalf of Israel.  Even though the battles were physical battles against other nations, each of these nations represented people who worshiped false gods.

In the New Testament we also find references that teach us that Christians are to be strong soldiers.

But I think it is necessary to send back to you Epaphroditus, my brother, co-worker and fellow soldier… Philippians 2:25 (KJV)

You therefore must endure hardship as a good soldier of Jesus Christ. No one engaged in warfare entangles himself with the affairs of this life, that he may please him who enlisted him as a soldier. 2 Timothy 2:3 (NKJV)

…to the beloved Apphia, Archippus our fellow soldier…Philemon 2 (KJV)

Not only are Christians expected to be fit for battle, they are to be equipped with the right armor to be successful in war (Ephesians 6:10-17).  This is where a biblical look at education can help us understand this goal.

Not only are Christians expected to be fit for battle, they are to be equipped with the right armor to be successful in war.

The war that God expects Christians to be fully engaged in is a spiritual one.  According to Paul’s writing, this war is waged on an intellectual or mental front.

For though we walk in the flesh, we do not war according to the flesh. For the weapons of our warfare are not carnal but mighty in God for pulling down strongholds, casting down arguments and every high thing that exalts itself against the knowledge of God, bringing every thought into captivity to the obedience of Christ… 2 Corinthians 10:3-5 (NKJV)

Drs. James Dobson and Gary Bauer reflected on this war of ideas in their book, Children and Risk.  The book suggests that a new civil war is raging across America.  This war is a war of values and to the victor goes our children.  Dobson and Bauer explained how the major front for this war will be fought on educational turf.

In order for education to achieve God’s ultimate purpose, it must assist Christians in living lives to glorify God.  This requires that the education we give our children and youth must equip them to develop their minds for the purpose of waging war in the arena of ideas in today’s culture.

A new civil war is raging across America. This war is a war of values to the victor go our children.

Some would argue that Christian education shelters students from the real world.  The fact is, secular education shelters children from truth.  I agree with author Kevin Swanson who wrote that the goal of protection is not to shelter students but to prepare them.  It is important to note that God’s Word doesn’t suggest that Christians be equipped and engaged in this spiritual war.  It commands Christians to do so.

Education equips children to wage war for or against God. Secular education gives students a secular worldview that is opposed to God.

Here are some questions we must answer.