The Danger of Artificial Intelligence 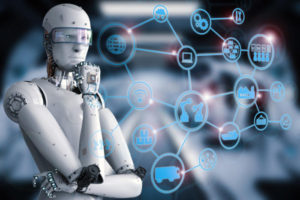 The ability of a digital computer or computer-controlled robot to perform tasks commonly associated with intelligent beings.

A machine completing the tasks which involve a certain degree of intelligence which was previously deemed only to be done by humans.

The capability of a machine to imitate intelligent human behavior.

AI, when boiled down to its basic meaning, deals with how close or how well can a computer imitate a human being.  There has been examples of artificial intelligence around for a long time.  Rosie, the robot maid, was always cleaning up after George in the old cartoon The Jetsons.  In the movies, AI has gone from the benign character of Rosie to fierce robots rising up and trying to control the world. 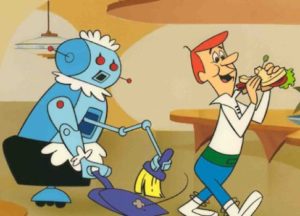 Today, there are some fears that are attached to what the future holds when it comes to artificial intelligence.  There are two major fears that a lot of people hold about the future of AI.

Behind these fears is the concept that man could “program” intelligence and, thus, man is no longer special or needed.  Even non-Christians fight to protect themselves by holding on to the idea that human beings are special and/or different from anything else.

The definitions of the terms “artificial” and “intelligence” are as follows.

Something made or produced by human beings rather than occurring naturally; behavior that is insincere; something humanly contrived; imitation; sham; pretend; hollow.  Artificial conveys the idea that something is inferior to the real thing.

The ability to acquire and apply knowledge and skills; skilled use of reason; mental acuteness; the act of understanding; the ability to benefit from past experience, act purposefully, solve problems, and adapt to new situations.

These definitions make it clear that AI will always be inferior to human life.  Any intelligence that is “man-made” will always be deficient in some way or another.  This is because true intelligence involves reason, understanding and wisdom.  These characteristics of human beings can never be programed into a computer.  AI can not include emotion, creativity, intuition and consciousness. 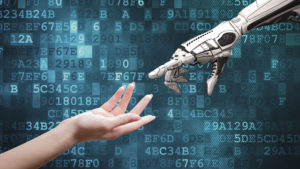 Secular education may be factually accurate but it is never spiritually neutral!!

Any intelligence that results from secular education will be found lacking in one way or another.  This is because it will not develop children who have the ability to act with true purpose and the skill to use reason in gaining understanding and wisdom.  They will be like the people Paul wrote to Timothy about.  Those who have gained only artificial intelligence will be:

Ever learning, and never able to come to the knowledge of the truth.  2 Timothy 3:7 (KJV)

Unfortunately, most Christians today believe that there is a body of knowledge that is spiritually neutral.  This belief has been developed by means of a secular education system that teaches that knowledge is merely a set of objective, neutral facts.  This has to be the case since secular education denies or ignores the existence of God.  Therefore, education must be spiritually neutral.

When our children are given a secular education, they never come to the knowledge of the truth.  They will never obtain the real meaning behind the facts that they are learning.  God becomes totally irrelevant to math, science, history, language arts, etc.  John Piper says it best.

We must understand a very important truth about secular education.  Secular education may be factually accurate but it is never spiritually neutral!!  If children merely get the facts about any subject and/or life itself, they are not coming to the knowledge of the truth.  Without coming to the knowledge of truth, children go out into life thinking that they have received a good education when, in fact, they have developed a dangerous form of artificial intelligence!  We must give our children a biblical worldview education at home, church and school.

What are your thoughts about artificial intelligence in today’s world?