Be Careful How You Plan 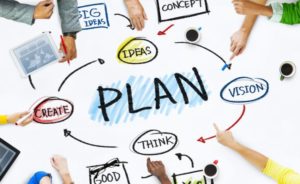 While I was at LifeWay Christian Resources, I participated in a leadership retreat that was led by Neil Anderson.  It was at this retreat I learned some valuable principles that need to be followed when planning for the future.  I want to share these principles with you as many Christian school leaders will be planning for the upcoming school year.

Anderson shared with our group the typical planning process that Christian ministries follow.  He patterned this process after the planning process Joshua followed when Israel was going to defeat Ai.  Here is what Joshua did in planning an attack on Ai.  Keep in mind that they had just come off of the amazing victory at Jericho.

Now Joshua sent men from Jericho to Ai, which is beside Beth Aven, on the east side of Bethel, and spoke to them, saying, “Go up and spy out the country.” So the men went up and spied out Ai.  And they returned to Joshua and said to him, “Do not let all the people go up, but let about two or three thousand men go up and attack Ai. Do not weary all the people there, for the people of Ai are few.” So about three thousand men went up there from the people, but they fled before the men of Ai.  And the men of Ai struck down about thirty-six men, for they chased them from before the gate as far as Shebarim, and struck them down on the descent; therefore the hearts of the people melted and became like water.  Joshua 7:2-5 (NKJV)

Many times we plan for the future much like Joshua did in the passage.  The steps, according to Anderson, go like this.

When the results turn out negative, leaders tend to think that the research must have been faulty.  So additional research is done and these steps are repeated.  Anderson pointed out that God wasn’t mentioned in the planning process conducted by Joshua and his leadership team.  As we discussed this process, we noted that many times Christian leaders add a fourth step.  The process looks like this.

However, if the results are not what we expected or wanted, we go back and do further study or research.  It was at this point that Anderson suggested a better process that Joshua followed after this terrible defeat(Joshua 7:6-8:35).  The second planning process resulted in victory.

If Christian leaders are told that they are going to be involved in a major planning retreat, the first two things that they grab to take with them is a calendar and a calculator.  However, it may be more advantageous to take two other items with them when participating in a planning retreat — a Bible and knee pads!

Unfortunately, the Israelites did not learn from their disastrous plan on how to capture Ai.  Right after the Lord gave them victory over Ai they fell prey to taking action after their own reasoning once again.  In Joshua 9, Israel was tricked by the Gibeonites.  Again, the results were devastating.  God’s Word records why they failed again in executing a plan to deal with this group of people.

Then the men of Israel took some of their provisions; but they did not ask counsel of the Lord.  Joshua 9:14 (NKJV)

As we plan for the future, lets not make the same mistake that Israel made.  Research can be valuable but it is primarily based on human wisdom and opinion.  There is nothing wrong with being data/research informed.  However, our plans must be from the Lord and Bible-driven.  Here are some additional verses that provide us with good counsel as we plan for the future.

The counsel of the Lord stands forever, the plans of His heart to all generations.  Psalm 33:11 (NKJV)

Commit your works to the Lord, and your thoughts (plans) will be established.  Proverbs 16:3 (NKJV)

A man’s heart plans his way, but the Lord directs his steps.  Proverbs 16:9 (NKJV)

There are many plans in a man’s heart, nevertheless the Lord’s counsel—that will stand. Proverbs 19:21 (NKJV)

May God direct each of you as you strive to fulfill His plan for your life and ministry.