When Life & Ministry Are Difficult

Do you ever wonder if you can take much more?  Life is hard and ministry is challenging.  However, God’s Word tells us that we must persevere and endure even when all of life appears to be hopeless.  This morning I opened up my Bible app to read the verse of the day.  I read these very familiar words.

Wherefore seeing we also are compassed about with so great a cloud of witnesses, let us lay aside every weight, and the sin which doth so easily beset us, and let us run with patience the race that is set before us.  Hebrews 12:1 (KJV)

I have often been told that life is not a sprint but a marathon.  Running a marathon is extremely difficult and often painful.  There are certain points in this endurance run where many runners give up — thinking that they simply can’t endure any more. 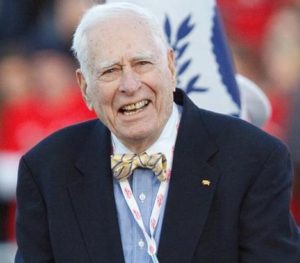 Whenever I feel overwhelmed by life and/or ministry, I think about the life of one my mentors.  This man taught me so much about pressing on when everything seemed hopeless.  I first met Mr. George Rogers when he came to handle the finances for the Old Time Gospel Hour Ministries in Lynchburg, VA.  I was serving as the secondary principal for Lynchburg Christian Academy and had to meet with Mr. Rogers on a regular basis trying to get requisitions approved.  Our relationship deepened over the next 15 years.

I was sad to hear that Mr. Rogers had passed away early last week.  As I reflected on his life and his influence on my life, I remembered how I never could complain about how tough life was whenever I was around this giant of a man.  He never seemed to allow life to get him down and discouraged.  Mr. Rogers always called me “Schultzy” and followed it with a deep hearty laugh.  In fact, I called him a couple of years ago and when he was told I was on the line, he laughed and said, “how are you doing, Schultzy”?

You might be wondering  why I am sharing this information in a blog post about endurance and perseverance.  As Paul Harvey used to say on his broadcasts, Here is the rest of the story.  What I didn’t know about Mr. Rogers when I first met him was that he was one of the survivors of the Bataan Death March during WWII.  An estimated 75,000 Filipino and American troops were forced to make this march under intense heat and harsh treatment that resulted in thousands of men dying.  Not only did he survive this horrendous 65-mile march but he also survived almost 4 years (42 months) of torture in Japanese prisoner-of-war camps.

I heard him once share how he was responsible for digging graves for fellow prisoners who died under the harsh punishment of their captors.  Mr. Rogers explained how 10 bodies would be put in each grave and that he ended up burying more than 1,600 prisoners during his years in captivity. 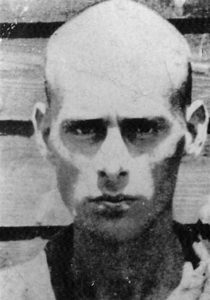 When Mr. Rogers arrived in the United States after he was freed by Allied forces, he weighed a mere 85 lbs. (he stood about 6’3″).  Doctors told him that his life would be extremely difficult because of the beatings and starvation that he had endured.  Doctors told him that he would only live to 45 or 50 years old.  He would lose all of his teeth, would not be able to have children and could not successfully complete college work.  However, God had a different plan for Mr. Rogers.  He died last week at the age of 100 with all of his teeth.  He had 5 precious children and not only successfully completed college but he also went on to be the chief financial officer for the ministries of Thomas Road Baptist Church, which included Liberty University.

A few years ago the Japanese government invited several of the Bataan Death March survivors back to Japan to pay tribute to them.  Mr. Rogers was asked if he had any resentment toward his captors.  He said that he harbored no hard feelings toward the Japanese.  “Just like we do what we’re told to do as far as the Army is concerned, your [Japanese] men do the same thing.  They tell them to do it; they do it.  Other than that, I think we lived”.

So when life seems to difficult to go another step forward, I think about the perseverance and endurance of Mr. Rogers and realize I don’t have it so bad.  With our strength coming from the Lord, we can stand strong under the most difficult of circumstances.  James understood this when he wrote,

Blessed is a man who perseveres under trial; for once he has been approved, he will receive the crown of life which the Lord has promised to those who love Him.  James 1:12 (NASB)

As we begin another school year with all of its challenges, we must surrender daily to the Lord, bear our cross and follow Him in total obedience.  He will never forsake us and will bear all of our burdens that we turn over to Him.  We can persevere and stand firm until we are called home to be with Him.