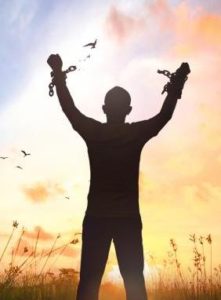 Desire To Be Free!

There is one thing that I have witnessed throughout my time here on earth.  Every person longs to be free.  No matter one’s condition in life, there is that desire to live in freedom.  In fact, the reason why tyrannical dictators are known for their horrific destruction of human life is because they are fearful of losing their power.  They know, better than anyone else, that if the smallest glimmer of freedom is seen by their citizens, it may lead to a revolt in an effort to bring freedom to the masses.

Even though this desire to be free from captivity is found in every person, there are many people today who are living in total captivity and don’t even know it.  This is especially true for many Christians.  The Apostle Paul was keenly aware of the subtleness of being taken captive without knowing that it is happening.  This is why he warns Christians to be on guard and don’t allow themselves to be taken captive.

Paul is talking about a form of captivity that is more dangerous than being taken captive physically by an oppressive government.  He is warning Christians not to be taken captive through persuasive words and false ideas.  This type of captivity is taking place all around us on a daily basis.  What is so troubling about this is that most Christians are not aware of it and may even be complicit in it happening.

The reason why this is extremely dangerous is that there isn’t a person or group of people that come in with weapons and physically attack people and put them in bondage.  Instead, it takes place right before our eyes, throughout each and every day.  The targets of this attempt to take people captive are our children and youth.  We find this occurring in the media, entertainment industry and educational institutions.

We may not see this happening but we are very much aware of the results of it happening.  Most of us seem shocked when we hear of such things as:

Dr. Christian Overman, in his recent blog Delusional Thinking Among Educators Today, gives an example of a school policy that clearly shows that there is an all-out effort to take students captive.

Secular education has become more and more intent on taking every student’s mind captive through persuasive words and false philosophy.

Secular education has become more and more intent on taking every student’s mind captive through persuasive words and false philosophy.  The result is that the vast majority of young people, including Christians, are now living their lives in captivity to mere human traditions that are in line with the basic principles of the world.  Recently, a person tweeted about this type of dangerous captivity that is all too common throughout America and around the world.  He related what is happening with people today to what happened to Lot in Genesis 14.

Compromise with the world eventually leads to being captured by the world.  Jeff Johnson

Compromise with the world eventually leads to being captured by the world.

Unfortunately, this doesn’t just take place in secular educational institutions.  It can also take place in Christian homes, churches and schools.  For this to take place all that is needed is to compromise just a little on the truth of God’s Word.  When we place human opinion and research above what God’s Word states, we are headed down the road to compromise and eventually into captivity.

Os Guinness gets right at the heart of the matter when he wrote,

There is a solution to this massive effort to make every young person’s mind captive to today’s culture.  That solution is to give them a biblical worldview education.  Christian parents, pastors and educators must be as intentional, or even more intentional, about educating their children and youth from a biblical worldview perspective than the world is from its perspective.  Again, I call your attention to something that Jeff Johnson shared recently on social media.  He wrote,

As a new school year begins all across the United States, it is imperative that Christian school administrators and teachers be trained to develop a strong biblical worldview and a biblical philosophy of education.  Then, church leaders and parents must also receive training in these two critical areas.  If not, Christians will not have the biblical worldview that they need to have so that they can, then, give it to the next generation.  This is why I have put so much energy into developing needed resources over the past several years.  It is my desire to have such training available to the home, church and school.  It has been exciting to see more and more schools and individuals become KEM Prime Members and use these valuable resources to be better prepared for the battle.

Why is this so important?  It is because the freedom of future generations depend on it!  I pray hundreds and thousands will join me in this battle to bring true freedom to our children and youth.