How To Obtain Freedom! 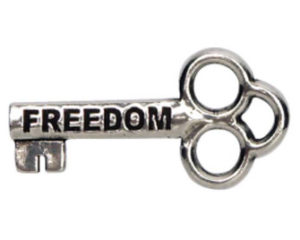 What Is The Key To Freedom?

Last week we looked at how a vast majority of people, including the majority of Christians, are being held captive by false ideas.  Many, if not all, of these false ideas are a result of the education that they received.   This is because no education is neutral or void of spiritual meaning.  The reason why education cannot be neutral is that all education is presented from the teacher’s, parent’s and/or church leader’s worldview.

Since there is a person will either walk in freedom or be held in captivity, we need to know how one can choose freedom over captivity.  Parents, church leaders and educators must understand that education is the determining factor on whether or not a person walks in freedom or is held in the chains of captivity.  This should cause us to realize that we must give our children and youth an education that will lead them into freedom and not into captivity.

Then Jesus said to those Jews who believed Him, “If you abide in My word, you are My disciples indeed; and you shall know the truth, and the truth shall make you free.”  John 8:31-32 (NKJV)

Here we find Jesus identifying three groups of people.  There were the:

Jesus made the bold statement that His disciples, those who continued/abided in the Word, would know truth and truth will bring freedom into their lives.  We must give our children and youth an education, at home, church and school, that is grounded on God’s Word.  Then, the education they receive must teach all subjects and all lessons from a biblical worldview context.  This is the only way we can guide our children to walk in truth and be free.

This year I am helping the Christian school at the church I attend by teaching biology, chemistry and physics.  The school had lost its secondary science teacher and was finding it difficult to fill the vacancy.  It was sad to learn that the school interviewed several candidates but none of them believed the biblical account of creation.  So, I offered to fill this void till another science teacher could be found.

It has been both challenging and exciting to put the philosophy of kingdom education into practice.  I am spending a lot of time helping these teens understand that the study of science isn’t about merely learning the theories and laws that govern life and creation.  They are beginning to see that science helps man solve problems that everyone faces due to living in a fallen world.  These students are coming to understand that everyone is created in the image of God.  Because of this, man has been given the ability to observe, experiment and understand God’s creation ordinances that rule the universe.  Through these courses they can understand the very nature of God, Himself (see Psalm 19:1; Romans 1:20).

If you study science deep enough and long enough, it will force you to believe in God.

When this takes place in a person’s education, he/she comes to know that there is a God who created everything.  They also come to know Him personally and are challenged to abide in Him (His Word).  This results in them breaking free from the captivity of having a false worldview.  Of course, this isn’t relegated merely to the science classroom.  All education should be aimed at this same goal.  This is because all subjects come from some aspect of creation and, therefore, is way of God making Himself known to the students that are studying these courses.

The vast majority of our children and youth are not getting an education that is guiding them to know and understand that God is the creator and sustainer of the universe.

I have been fascinated by what other scientist knew about studying science and coming to know God.  One such scientist was Werner Heisenberg.  Heisenberg was a Noble laureate physicist and one of the fathers of quantum mechanics.  He stated,

Galileo argued that nature, God’s second book, is written in mathematical letters…Kepler is even more explicit in his work on world harmony; he says: God created the world in accordance with His ideas of creation.  These ideas are the pure archetypal forms which Plato termed Ideas, and they can be understood by man as mathematical constructs.  They can be understood by Man, because Man was created in the spiritual image of God.  Physics is reflection on the divine Ideas of Creation, therefore physics is divine service.

Lord William Kelvin helped form the basis of modern physics, the second law of thermodynamics and the absolute temperature scale, the dynamic theory of heat, the basic concepts for electromagnetic theory of light and the fundamental works in hydrodynamics.  As he studied science and discovered God’s marvelous creation ordinances (some people call them laws of nature), he said,

If you study science deep enough and long enough, it will force you to believe in God.

Unfortunately, the vast majority of our children and youth are not getting an education that is guiding them to know and understand that God is the creator and sustainer of the universe.  Instead, they are being indoctrinated in a secular educational system that denies or ignores the very existence of God.  As a result they are being taken captive by false ideas and this captivity leads to destruction and ruin (see Hosea 4).

It is time for the home, church and school to become a unified force that provides children with a biblical worldview education.

It is time for the home, church and school to become a unified force that provides children with a biblical worldview education.  When this happens they can go from being an unbeliever to becoming a believer and finally to become a disciple of Jesus.  The result will be life-changing and culture-shaping — because they will be FREE!