So Go Our Children… 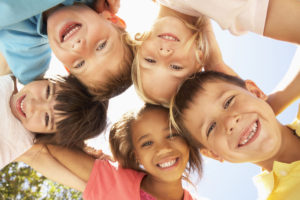 Last week I wrote about a theme that is found throughout the Bible.  The theme is that the motivation behind everything that God does is that everyone will know that He is the Lord God.  Since this concept runs throughout the Scriptures, it should play a major role in how we educate our children and youth.  Everything should be designed to guide students in knowing God.

There is a second theme that I regularly come across when reading God’s Word.  In an effort to put it into understandable words, I would state something like this.

The beliefs and actions of parents, specifically, and adults, in general, will have a significant impact on their children’s future.

One example of this theme is found in Numbers.  The children of Israel were ready to enter the Promised Land.  Moses sends a small detail of leaders into the land to see what it is like.  When they return, the 12 men give a glowing report of the richness of the land.  However, they also reported several obstacles that they would face if they tried to enter the land.  There were giants in the land and the cities were well-fortified.  Unfortunately, 10 of these leaders convinced the entire nation that it was too dangerous to try and take possession of the land that God had already promised was theirs.

The beliefs and actions of parents, specifically, and adults, in general, will have a significant impact on their children’s future.

Only Joshua and Caleb were willing to act as if God’s Word was true.  They had seen the obstacles just like the others.  The difference was that these two men knew that God said the land was theirs.  So, they knew that God was bigger than all of the obstacles put together and He would give them victory if they only trusted Him.

Well, we know the story.  The Israelites decided not to enter the Promised Land.  Because of their lack of faith, God judged them.  He said that none of that generation of adults would ever enter the land.  So the entire nation of Israel wandered in the wilderness for the next 40 years, until an entire generation of adults died.

What does this account have to do with the theme that I stated above?  The answer to that question is found in Numbers 14 where we find these words.

And your sons shall be shepherds in the wilderness forty years, and bear the brunt of your infidelity… Numbers 14:33 (NKJV)

Another translation says that their children would be wanderers in the desert for forty years where they would bear the penalty for [their] acts of unfaithfulness.  The actions of the parents caused their children to suffer.  What parents believe and do affects their children.

I found a similar account in Ezekiel.  In chapter 23, God tells the prophet how Israel lusted after the things of the world.  Because the nation prostituted itself with the pagan idols of society, God would bring judgment on the people.  He would make known their sinfulness.  God also predicted that something would happen to the people’s children.  Two times in this chapter God says the same thing.

…they took away her sons and daughters…they will take your sons and your daughters.  Ezekiel 23:10, 25 (NKJV)

As I read this passage, I realized that the idols of this world that I chase after will actually capture the hearts and minds of my sons and daughter.  Knowing this caused me to consider if there were any idols that were worth the loss of my own children.

Another passage of Scripture came to my mind as I contemplated all of this.  In this passage God was once again speaking through one of His prophets.  This time it was the prophet Hosea.  Listen to these chilling words.

Because you have forgotten the law of your God, I also will forget your children.  Hosea 6:4 (NKJV)

If I don’t know God’s Word and live by it, it can cause my children to reap some very heavy consequences.  The worldview or beliefs of parents will have an impact on their children’s lives.  This reality is recorded in Jeremiah where God explained why children were following the Baals of the world.

…but they have walked according to the dictates of their own hearts and after the Baals, which their fathers taught them… Jeremiah 9:14 (NKJV)

Their children saw them follow after the Baals and they simply followed in their fathers’ footsteps.

In his research on the state of religion in young people’s lives, Christian Smith concluded that we get what we are!  Scripture makes it clear.  Our worldview drives all of our actions and together these things shape the future of our children.  It has been several years ago that I heard a quote by James Montgomery Boice.  Years later, these words still haunt me today.

The sacrifice of one’s children to demons is so terrible we can hardly imagine it.  It is a sin caused by a combination of pagan religions of the most debased kind. But are we so sure that we never practice it ourselves?

You might be thinking to yourself right now that you would never be found guilty of such an abomination as sacrificing one’s children to demons.  That is what I thought until I read the rest of Boice’s statement.

We do if we desire worldly success for our children to the point of thrusting them into a pagan environment today or encouraging them to live like the world accommodating its morality just to get ahead.  If you worship any of the gods of this world whether wealth, fame, sex or power, they will become a snare to your children.

We cannot afford to give our children an education that is focused on the pursuit of the ‘gods of this world’ such as wealth, fame, power, sexual immorality, etc .

I believe that this theme found in Scripture must have a major influence on how we educate our children.  The education we give our children must lead them to know the Lord God.  We cannot afford to give our children an education that is focused on the pursuit of the ‘gods of this world’ such as wealth, fame, power, sexual immorality, etc.  I don’t want my children and/or grandchildren to have to wander in the wilderness of an anti-Christian culture and bear the penalty of my acts of unfaithfulness.  I must give them a biblical worldview education!  Their future depends on it!

Next week I am going to deal with a dangerous question that was presented in an article that I was sent recently.  You don’t want to miss what I have to say.  It deals with this same principle.