We Don’t Need Reform or Do We? 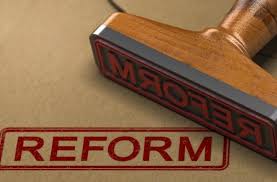 A Demand For Change

There has been a constant cry for reform in just about every area of life for as long as I can remember. Whether it pertains to government, education, or the legal system, people from all walks of life are demanding reform.  Because of the tragic death of George Floyd while in the custody of police, there is now a concerted effort for not only police reform but also the complete defunding and dismantling of police departments across the country.

The fact that people are demanding that reform take place indicates one thing.  Something is broken and not right.  Of course, we, as Christians, know that this brokenness is a result of the Fall when sin entered the world.  However, will reform efforts make a difference?

I admit that there is a very real need for change to take place in many areas of society.  I agree that training and efforts to bring about change are helpful.  Yet, the change that is needed to solve the hurts of living in a sin-filled world will not be accomplished by human reform efforts — no matter how good the intentions are.

I lost count a long time ago of students and parents meeting with me to discuss their child’s poor grades or a discipline situation.  In these meetings, the child would come in saying that he/she was sorry and that they were going to change.

All human efforts at reform are simply man saying that to stop evil one needs only to turn over a new leaf. Unfortunately, the new leaf will turn out to be just as corrupt as the old one and may even be worse.

I have had students, who did nothing in a class for 9 weeks and were failing, tell me that they had decided that they were going to get A’s from now on.  Others, who had behaved badly, would tell me that they were sorry and they weren’t going to misbehave again.  Listening to them, one would get the idea that these students had the ability to turn off bad habits and actions and, all of a sudden, be model students.  Unfortunately, their determination and efforts to change, even though well-intentioned, didn’t last long.

The change that is needed to solve the hurts of living in a sin-filled world will not be accomplished by human reform efforts — no matter how good the intentions are.

These students thought that reforming their behavior would bring about the changes that were needed.  This is the same problem that today’s reform efforts are attempting to accomplish.

We believe that with enough training and effort bad behavior and/or practices can be corrected resulting in a perfect society.  All human efforts at reform are simply man saying that to stop evil one needs only to “turn over a new leaf.”  Unfortunately, the new leaf will turn out to be just as corrupt as the old one and may even be worse.

Reform efforts go all the way back to the garden when man first sinned and disobeyed God.  Adam and Eve knew that they had done wrong and life was broken.  They tried to “fix” it.  Their reform efforts were in the form of fig leaves whereas today’s efforts take the form of training, programs and/or laws and regulations.

I am reminded of some of the reform efforts that were made after the horrific Columbine high school shootings.  Cries for reform in our schools led to several efforts to change students’ lives through instituting various “character education” programs.  One of the most common ones, that is still in effect today, was Character Counts.  Even with all this effort to reform students’ character, violence has continued to escalate in our nation’s schools and school shootings have sadly become commonplace.

Why doesn’t, or even better yet, why can’t reform efforts change things?  One reason why human reform efforts can’t work is that they are based on human reasoning and opinion.  The world’s effort to reform brokenness is based on a false belief that man can improve himself and, therefore, society.  God’s existence is ignored or, even worse, denied.

If one denies the existence of God, then there cannot be any absolute moral values to direct any effort to bring about change.  This is the case with Character Counts.  By denying that God exists, man has to define right character and that is impossible to do.

Another reason why reform efforts can’t work is that they don’t address the real source of the bad behavior or injustice.  Reform is another name for the failed concept of behavior modification.  It is an attempt to change the outward actions of an individual or a group of individuals.  For example, sensitivity and/or diversity training focus on what one thinks and acts about others with the belief that training can transform a person’s life.

The human heart will not be changed by some form of human effort. If this were possible, Jesus would not have had to die a cruel death on the cross. Only God can change the heart.

I am hearing people say that what is needed to change our current condition is to have open discussion and ask hard questions about the things that are causing division in society today.  We must “understand” each other and, when that happens, we will then get along with each other.  This was the mantra after 911.  I am not opposed to having difficult conversations about real issues people are facing but that will not bring about the change that is necessary.

So, if reform isn’t the answer, what is?  The reason why reform efforts fall short of real change is because the problems we are facing are heart issues – not head  or emotional issues.  Prejudice, hate, anger, injustice, division, envy, etc. all come from within the human heart.  Jesus told the religious leaders of the day that outward reform can’t work because it doesn’t address the cause.

There is nothing that enters a man from outside which can defile him; but the things which come out of him, those are the things that defile a man… Do you not perceive that whatever enters a man from outside cannot defile him, because it does not enter his heart but his stomach, and is eliminated, thus purifying all foods? And He said, “What comes out of a man, that defiles a man. For from within, out of the heart of men, proceed evil thoughts, adulteries, fornications, murders, thefts, covetousness, wickedness, deceit, lewdness, an evil eye, blasphemy, pride, foolishness.  All these evil things come from within and defile a man.”  Mark 7:15,18-23  (NKJV)

The prophet Jeremiah also understood the wickedness of the human heart.

The heart is deceitful above all things, and desperately wicked; who can know it? I, the Lord, search the heart… Jeremiah 17:9-10 (NKJV)

Reform tries to bring about change from the outside in. God brings real change because He does it from the inside out.

A person’s heart won’t be changed by some form of human effort.  If this were possible, Jesus wouldn’t have had to die a cruel death on the cross.  Only God can change a person’s heart.

The prophet Ezekiel knew that God was the only One who could change a person’s heart.

I [God] will give you a new heart and put a new spirit within you; I will take the heart of stone out of your flesh and give you a heart of flesh. Ezekiel 36:26 (NKJV)

Only God can revive us out of the mess we are in.  Reform tries to bring about change from the outside in.  God brings real change because He does it from the inside out.

So, what is needed is revival not reform.  However, the key to revival doesn’t begin with the lost world.  It begins with me.  For revival to come and change society, it requires brokenness and repentance in my life.  David understood this like few men in history. 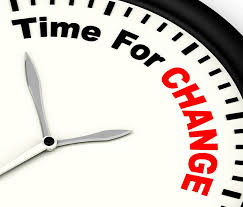 Only Revival Brings About Change

Create in me a clean heart, O God, and renew a steadfast spirit within me.  Psalm 51:10 (NKJV)

In order for God to change my heart, I must give Him access to it.  I must humble myself and allow God to do what the Psalmist allowed Him to do in his life.

The evil that we are seeing up close in the world today is not a social issue.  Therefore, it cannot be overcome through reform.  It is a spiritual issue that will only be destroyed by revival.

Father, I ask you to search my heart and point out any sinful thoughts or desires You find.  As you show me my sin, I repent and ask your forgiveness.  Give me new heart that will cause me to see others as you see them – individuals who you have created in Your image.  Please heal our land!  In Jesus name, Amen.