The Key To Not Fretting 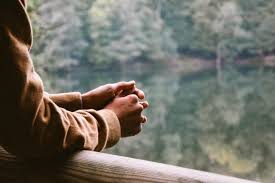 I know that the Psalmist was right when he wrote,

Do not fret because of evildoers, nor be envious of the workers of iniquity. Psalm 37:1 (NKJV)

However, I have to admit that I struggle with this at times.  And one of those times is now.  It is hard not to become frustrated when you see the evil that is taking place all around you and it seems like those committing it not only get away with it but almost flaunt it.

Some of the things that can be frustrating are:

It can appear that when you try to live a godly life, you get attacked.  But those who don’t even attempt to hide their wrongdoing seem to get let “off the hook” without any consequences.  How can we live out Psalm 37:1 in today’s crazy world?

When trying to make sense of what is going on around me, I find it helpful to realize my feelings of frustration aren’t something that Christians are just now facing.  God’s people have had these frustrations throughout human history.  It is encouraging to read the Bible and see others struggle with the same things that I struggle with.

One of my Bible heroes is a man named Asaph.  Asaph was a Levite who headed the service of music under the reigns of David and Solomon.  He wrote several Psalms.  In one Psalm, Asaph expressed how he struggled with some of the same things that I wrestle with.

…as for me, my feet had almost stumbled; my steps had nearly slipped.  For I was envious of the boastful, when I saw the prosperity of the wicked.  Psalm 73:2-3 (NKJV)

What did Asaph mean by the “boastful” person and the “prosperity of the wicked?”  He explains exactly what he meant by these phrases when he wrote that these people were ones who,

This is what I find myself struggling with more and more as the days wax evil.  In fact, Asaph was so discouraged that he even thought that he was wasting his time trying to live a godly life.  It seemed useless to do so.

Surely I have cleansed my heart in vain, and washed my hands in innocence.  For all day long I have been plagued, and chastened every morning.  Psalm 73:13-14 (NKJV)

Let’s be honest with each other and God.  Do you sometimes feel this way?   Is Asaph possibly speaking for you?  I am thankful that everyone wrestles with the same things that I face on a daily basis while I am living in this fallen world.

But, let’s get back to my original question.  Even though I see the prosperity of the wicked all around me and it seems like they are prospering more and more each day, how do I stop fretting about them?   It is one thing to say I am battling what Asaph did in his life.  But it is another thing to not let it overtake you with worry (fretting) and envy.

I am thankful that Asaph didn’t stop at verse 14.  Even though he was having a hard time trying to understand all of this, he knew that living a godly life was not in vain.  The key to seeing the prosperity of the wicked  but not giving up was found in Asaph’s daily habit that is explained starting in verse 16 of this Psalm.

When I thought how to understand this, it was too painful for me—until I went into the sanctuary of God; then I understood their end.  Psalm 73:16-17 (NKJV)

When Asaph spent time alone with God, he saw the big eternal picture and not just the temporal happenings that were causing him so much heartache.  It is the same thing that David understood when he wrote Psalm 37.

For they [the wicked] shall soon be cut down like the grass, and wither as the green herb.  Trust in the Lord, and do good; dwell in the land, and feed on His faithfulness.  Psalm 37:2-3 (NKJV)

Over the past couple of weeks, I have had to change some of my daily habits.  I have stopped watching the news and I have cutback on following things on social media.  I have not only spent time with the Lord each day but I have also dwelt in the Word throughout the day.  As I have done this, I have found that I have feasted on God’s faithfulness.

Any posting I have done on Twitter, FaceBook or Parler has been sharing Scriptures that I have been reading or quotes that help me live a life pleasing to God.  I even have found myself having pity for those who are outside the faith.  They do not realize how God has placed them in very slippery places and if they don’t repent and turn to God, they will enter an eternity of misery like they never imagined.

By entering into God’s sanctuary throughout the day, it has allowed me more time to focus on the work He has for me to do.  I am excited that I will soon be making a big announcement that wouldn’t have been possible if I hadn’t trusted in the Lord and focused on doing what is good.

I leave you with some more of David’s advice in Psalm 37 (emphasis mine).  I pray that you will follow this advice as you serve the Lord in the days ahead.  Have a blessed week!

Delight yourself also in the Lord, and He shall give you the desires of your heart.  Commit your way to the Lord, trust also in Him, and He shall bring it to pass.  He shall bring forth your righteousness as the light, and your justice as the noonday.  Rest in the Lord, and wait patiently for Him; do not fret because of him who prospers in his way, because of the man who brings wicked schemes to pass.  Cease from anger, and forsake wrath; do not fret—it only causes harm.  Psalm 37:4-8 (NKJV)