Setting Priorities While In Babylon 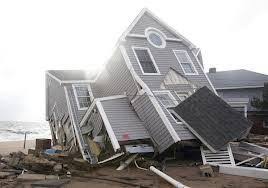 It is one thing to watch society become more and more secular.  However, it is something else to try and  keep up with how conditions are worsening by the minute.  I have even thought that I may need to do a blog daily instead of weekly in an effort to try and stay current.  How can we survive here in Babylon?

I have been reading through the book of Judges and Jeremiah.  When God’s people do not live according to His ordinances and commandments, He always disciplines them as a loving father does his earthly children.  The amount of time that Israel was under siege depended on how long it took them to repent of their sin and cry out to God for mercy.

Unfortunately, as soon as God would deliver them, it didn’t take long for them to go back to worshiping false gods.  Finally, God allowed the king of Babylon to actually take the children of Israel into captivity.  God used this captivity to get the people to understand what His priorities were.  Speaking through the prophet, Jeremiah, God explains what He wanted the people to do.

Thus says the Lord of hosts, the God of Israel, to all who were carried away captive, whom I have caused to be carried away from Jerusalem to Babylon: build houses and dwell in them; plant gardens and eat their fruit. Take wives and beget sons and daughters; and take wives for your sons and give your daughters to husbands, so that they may bear sons and daughters—that you may be increased there, and not diminished.  Jeremiah 29:4-5 (NKJV)

God told the people that they needed to get back to the basics.  And it starts with the family.  I am convinced that this is what must  take place in today’s church.  We must get back to building strong families.  In his book, God at Work, Dr. Gene Veith explains how important the family is to God.  He writes,

The family is the most basic of all vocations, the one in which God’s creative power & His providential care are most dramatically conveyed through human beings.

God could have decided to populate the earth by creating each new person from the dust, as He did Adam.  Instead, He chose to create new life through the vocation of husbands and wives, fathers and mothers.

Veith understood the importance of  the family in God’s kingdom.  He explains that when God told Adam to “be fruitful and multiply”,

He ordained the family…every Christian–indeed, every human being–has been called by God into a family. The family is the most basic of all vocations, the one in which God’s creative power and His providential care are most dramatically conveyed through human beings…The family is the basic unit of every culture and is the basis for every other human authority.

The family is the basic unit of every culture and is the basis for every other human authority.

The family must be a priority for every believer–especially when living in Babylon.  Why is the family so important to God and His kingdom?  Sir Edmund Spenser wrote,

Veith went on to explain why Christians must get back to emphasizing the importance of the home when he wrote,

The family is the arena for some of the most important spiritual work.  A father and a mother are “priests” to their children, not only taking care of their physical needs, but nourishing them in the faith…The spiritual well-being of the child is to be nurtured not just in church but in the family, which indeed has the primary responsibility…everyone has a parent.

I found it very convicting to read how Veith saw parenting as a “vocation.”  It is the very first “vocation” that one can be called to by God.  In fact, Veith points out a very important truth with this challenge.

The family is the foundational vocation.  Other earthly authorities grow out of the authority exercised in the family.

Since the family was God’s first ordained institution, the enemy knows that if he can destroy the home, he will capture future generations and cause them to follow him.  This is why the nuclear family is under such strong attack.

Martin Luther was very concerned how parents often don’t understand their God-given calling to raise their children biblically.  He said,

Everyone acts as if God gave us children for our pleasure and amusement, as if it were no concern of ours what they learn or how they live.

When the nation of Israel found themselves in Babylon, God told them to keep fulfilling His first command that He gave to Adam and Eve–be fruitful and multiply.  God wanted His people to increase even though they were in captivity.  I am convinced that He told them this because He wanted a remnant that knew Him, loved Him and would serve Him when He would bring them back to Jerusalem.

Parents must teach their children truth and prepare them for the world in which God wants them to live & advance His kingdom.

We need parents who will make their homes their top priority.  It is even more critical that this happens in today’s pagan, anti-Chrisitan culture.  Parents must teach their children truth and prepare them for the world in which God wants them to live and advance His kingdom.  I will be addressing this in greater detail in future posts.

Dr. Erwin Lutzer, in his book The Church in Babylon, challenges Christians to remain faithful to God and His Word when living in Babylon.

Like Israel in Babylon, our challenge is to impact the culture without being spiritually destroyed by it…Our task is to be faithful even if we can’t restore the erosion of the Judeo-Christian consensus.

For this to happen, there must be strong, biblically-based families/homes.  The church and the school must join forces with the home and become intentional in discipling the next generation.  Again, I share with you Lutzer’s advice.

With strong fathers, grounded in the Word of God, these families would survive paganism & God would have future seed.

The bottom line to surviving while in Babylon is that we must get back to what God sees as of utmost importance.  There is no question about it.  God’s Word makes it clear.  The family has to step up to the plate and become what God first ordained it to be.

Finally, we can’t wait.  We must take action TODAY!  We must understand that the “road marked TOMORROW only leads to the city called NEVER!”  Veith stresses the need to act immediately, without delay.

Christians need to realize that the present is the moment in which we are called to be faithful.  We can do nothing about the past.  The future is wholly in God’s hand.  Now is what we have.