Where Are The Fathers? 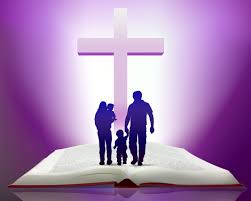 We are living in a pagan culture that is dominated by political correctness.  It is a culture where males want to be females and vice versa.  Even the 117th Congress of the U.S. will no longer use words such as brother, father, mother, sister, etc.  Instead, it will use terms that are gender neutral such as parent and sibling.  Well, this post is not politically correct.

God’s Word makes it clear that there are only two genders — male and female.  The Bible also sets forth God’s ordained structure for the family.  It is a mother and a father and their children (as God provides them).  It is paramount to understand that both males and females are equal in God’s sight.  However, it must be understood that God designed different roles for men and women.

Last week, I shared how we have to build strong families while living in a Babylonian/anti-Christian world.  In his book, The Church in Babylon, Erwin Lutzer makes the point that only strong families can weather the cultural storms of Babylon.  Lutzer referenced Jeremiah 29:6 to back up his statement.  God knew that with strong families, God would have future seed through which He would advance His kingdom.

It is the parents’ responsibility to have children and raise them in the nurture and admonition of the Lord.  However, God designed the family for the father to be the spiritual leader of the home.  This is why Lutzer wrote,

The father led his family in the Passover rituals; fathers were charged with  teaching children the Word of God. And God knew that with strong fathers, grounded in the Word of God, these families could survive paganism.

There are numerous passages of Scripture that makes it clear that God holds parents accountable for the education of their children.  However, God’s Word particularly calls fathers to be accountable to Him for how children are educated.  This is clearly seen in passages such as Psalm 78:1-8, Ephesians 6:4 and Colossians 3:21.  In the book of Proverbs, Solomon gives instruction to his son. When God wanted a people to call His own, He choose Abraham.

God designed the family for the father to be spiritual leader of the home.

For I have known him, in order that he may command his children and his household after him, that they keep the way of the Lord, to do righteousness and justice, that the Lord may bring to Abraham what He has spoken to him.  Genesis 18:19 (NKJV)

God chose Abraham because He knew that Abraham would lead/teach his children and his entire household to keep the way of the Lord.  There is no question that Sarah would play an important role in raising Isaac but Abraham, the father, was responsible to God that this was done.

Herein lies the problem today.  Fathers are absent in their children’s lives!  The result of this is devastating.  Consider these troubling statistics from the National Center for Fathering and The Fatherless Generation.

In 2001, former President George W. Bush said this about the crisis of fathers being missing from action.

Of these, five out of six do not see their fathers more than once a week.  And 40 percent of children who live in fatherless households have not seen their father in at least a year.  Some fathers are forced away by circumstances beyond their control, but many times when a couple with children splits up, the father moves away or simply drifts away.  We know that children who grow up with absent fathers can suffer lasting damage.  They are more likely to end up in poverty or drop out of school, become addicted to drugs, have a child out of wedlock, or end up in prison.  Fatherlessness is not the only cause of these things, but our Nation must recognize it is an important factor.  There is a familiar litany, but behind every statistic is a child, and a compassionate society can never forget the large place a father occupies in that child’s life.

If we are honest with ourselves, we’ll admit that too many fathers also are missing — missing from too many lives and too many homes.  They have abandoned their responsibilities, acting like boys instead of men.  And the foundations of our families are weaker because of it…We know the statistics — that children who grow up without a father are five times more likely to live in poverty and commit crime; nine times more likely to drop out of schools and twenty times more likely to end up in prison.  They are more likely to have behavioral problems or run way from home or become teenage parents themselves.  And the foundations of our community are weaker because of it…We need fathers to realize that responsibility does not end at conception.  We need them to realize that what makes you a man is not the ability to have child — it’s the courage to raise one.

In order to build strong families, fathers must not only be present but also be the driving force in raising their children.

The key to surviving in today’s anti-Christian, postmodern culture is to have strong families and fathers must step up to plate.  The enemy knows that he cannot win if the family is strong.  This is why he has waged war on the family.  This isn’t new but it has intensified beyond description over the past 75+ years.  In his book, We Will Not Be Silenced, Erwin Lutzer explains how the family is and has been under attack.  He outlines how Margaret Sanger, founder of Planned Parenthood, launched a newspaper, The Woman Rebel, in 1914.  Her motto in doing so was “No Gods, No Masters.”

Her cry for “reproductive freedom” would lead to the demise of the biblically ordained home.  Lutzer wrote,

The home would no longer consist of a father, a mother and children.  Liberation meant equality of roles, equality of income, and equality of sexual freedom.  The biblical roles of marriage and faith in God were deemed obsolete and harmful…Children without family roots can be more easily directed toward secular values and state benefits.

This attack on the home, especially the lessening of the role of fathers, is also seen in organizations today.  The “organization”, Black Lives Matter, posted on its website,

We disrupt the Western-prescribed nuclear family structure requirement by supporting each other as extended families and ‘villages’ that collectively care for one another…We foster a queer-affirming network.

The “Western-prescribed nuclear family structure” is really the God-ordained and designed home.  In order to build strong families, fathers must not only be present but must also be the driving force in raising their children.  Lutzer explains how parents (particularly fathers) are held accountable by God for the education of their children.

When living in Babylon, there will be a cost to living authentic lives of holiness.  We no longer have any support from society.  We are, in many ways, facing the same thing that Israel faced when they were taken away into captivity.  Lutzer explains that when in Babylon, God is still there and wants fathers to be fully engaged in their children’s education.

Parents (particularly fathers) are held accountable by God for the education of their children.

God basically said to fathers, “I’m going to entrust large families to you, and My presence will be with you in your homes.  You no longer have a temple and sacrifices, but I will be among you.  And if you adhere to me and seek my face, I’ll give you the wisdom that you need to rear your children for the glory of God.

Three of the saddest passages in the Bible explain how the next generation suffers when fathers are not fulfilling there God-given responsibilities in the home.  Every time I read these I become frightened about my failures as a father.

And your sons shall be shepherds in the wilderness for forty years, and bear the brunt of your infidelity.  Numbers 14:33 (NKJV)

And may not be like their fathers, a stubborn and rebellious generation, a generation that did not set its heart aright, and whose spirit was not faithful to God.  Psalm 78:9 (NKJV)

And the Lord said, “Because they have forsaken My law which I set before them, and have not obeyed My voice, nor walked according to it, but have walked according to the dictates of their own hearts and after the Baals, which their father taught them.  Therefore thus says the Lord of hosts, the God of Israel: “Behold, I will feed them, this people, with wormwood, and give them water of gall to drink.”  Jeremiah 9:13-15 (NKJV)

I don’t want to tell God what to do with my children – I want Him to tell me!

What are we, as fathers, teaching our children by our words and actions?  How involved are we in their education wherever it takes place — at home, church or school?  I leave you with a quote by a dad,

The key to understanding that our children don’t belong to us — they belong to God.  Our goal as [fathers] must not be limited by our own vision.  I am a finite, sinful, selfish man.  Why would I want to plan out my children’s future when I can entrust them to the infinite, omnipotent, immutable, sovereign Lord of the universe?  I don’t want to tell God what to do with my children — I want Him to tell me!  Voddie Baucham