All Education Is Religious! 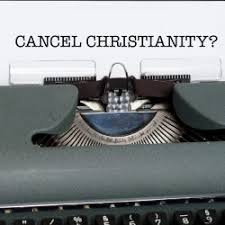 I am absolutely astounded that Christians will still put their children in secular schools when one considers the indoctrination that is taking place in these schools today.  I know; I have heard it over and over again.  “Our schools are good.”  Usually the person saying that is defining good by the level of academics, fine arts, technology or extra curricular activities offered by a school.  However, there is still an underlying “religious” worldview that permeates every school.  It is the worldview that will end up shaping the hearts and minds of the children and youth who attend there.

Education has always been a tool that has been used to shape society.  This was true when Nebuchadnezzer tried to educate the Hebrew young men that he had captured.  It is also seen in how Marx and Hitler viewed education as a means to control the populace.  Hitler once said, He alone, who owns the youth, gains the future.

Children without family roots can be more easily directed toward secular values and state benefits.

There are some common threads that were behind past government’s efforts to shape the minds of its youth and what we see happening before our very eyes today.  First, there is always an attack on the family.  Both Marx and Hitler knew that the key to controlling the future was to weaken or destroy the home.  Erwin Lutzer points out that this was because these men knew that children without family roots can be more easily directed toward secular values and state benefits.

Second, there is always an effort to control what is taught to the children.  Chuck Colson made this clear when he wrote,

One of the first actions taken by revolutionary governments is to place all educational agencies under the direct control of the state, giving schools a central hand in building a new society.

When the home is weakened and the government controls the education of the majority of the children, then future generations will become disciples of the society’s worldview.  Again, read carefully the words of Hitler,

The most striking success of a revolution will always have been achieved when the new philosophy of life as far as possible has been taught to all men, and, if necessary, later forced  upon them.

He explained this further in a replying to an opponent of his ideology.

When an opponent declares, ‘I will not come over to your side’, I calmly say, ‘Your child belongs to us already… What are you? You will pass on. Your descendants, however, now stand in the new camp. In a short time they will know nothing else but this new community.”

What’s taught today in our classrooms will be practiced tomorrow in our culture.

William Foster (1881-1961) was an American Communist leader who wrote, Toward Soviet America.  In this book, he predicted how socialism would take over the country with these words.

Schools, colleges and universities will be coordinated and grouped under the National Department of Education…The studies will be revolutionized, being cleansed of religious, patriotic and other features of the bourgeois ideology.

Today, we are seeing how the education of our children and youth is reshaping our country in dramatic ways.  Dr. Everett Piper recently asked and answered a very thought provoking question.   Wondering why our country is collapsing before your very eyes?  Answer:  What’s taught today in our classrooms will be practiced tomorrow in our culture.  Toby Sumpter recently tweeted, If religion is primarily about making disciples, government schools are the established religion of America.

Unfortunately, many parents today are not aware, or not interested in, what is being taught in secular schools today.  Even when the consequences of this indoctrination hits, many seem to simply shrug their shoulders and go on with their daily routines.  Here are just a few of the examples that have come across my desk in a matter of a couple of weeks.

These are just a few of what I have read about over the past few weeks.  Some others were so graphic that I couldn’t include them in this post.  Dr. Erwin Lutzer has summed this up with this warning.

The radical secularists demand that “schools must change their curricula to reflect this alternate view of society”…Parents—and I include most Christian parents—no longer raise their children.  Rather, culture does…Parents clothe their children, feed them, and send them to school, but the hearts of their kids are being stolen and molded by a world that many of us don’t understand.

These false religious worldviews are also creeping into Christian education.  Natasha Crain wrote an article for Cross Examined that challenges parents to be very careful about their choice of schools for their children. Crain had homeschooled her children for pre-K and then she enrolled them in a local Christian school.  She had decided to go back to homeschooling them when the middle school years arrived.

In this article, she wrote, Make no mistake: Curriculum is rarely worldview neutral. She went on to explain how the curriculum throughout secular schools is based on a humanistic, secular worldview.  Then she shared that in Christian schools “in many cases, they use secular textbooks and expect teachers to compensate in the class by talking about the subject from a Christian perspective.”

Then she said something that put a chill up my back.

Many teachers are simply not equipped themselves with this kind of understanding in order to fully counter what secular curricula teaches.  You end up with a tug of war between worldviews of the text and the teacher.

It is critical that all Christians address the issue of education biblically.  We must make some major changes if we are going to be able to stand against the onslaught of the radical secularists of today.  That is why I am encouraging schools to become a KEM Prime Member and provide your staff and parents with important worldview training.

It is also why I want to encourage school and church leaders to register for the Kingdom Education Summit this July.  This is one of the most important events that I have ever been a part of.  Register Today!!