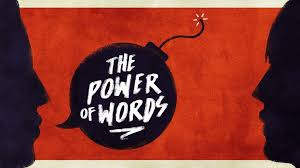 I have observed that many Christians do not give careful attention to the meanings of the words that they use in everyday communication.  This is especially true when they are teaching children and youth.  When one doesn’t carefully define terms when teaching others, the hearer can then define them as he wants to.

Dr. Albert Mohler explained how important language is to our everyday lives on his March 2, 2021 The Briefing.  He stated,

…we understand that language profoundly matters, at least a part of what it means to be human is to have the capacity of language. And we believe that is not unrelated to the image of God. We, as humans, are made in the image of God. God speaks to us. We pray to God. At least a part of what is required for human beings, according to God’s plan, is the ability to communicate. Language then becomes very important. And if you control the language, you do to a considerable extent control the culture.

Several years ago, Josh McDowell was making a presentation about how to relate to teenagers.  He told the audience that adults need to understand that there are two languages being spoken when they communicate with teenagers.  What he meant by this is that a word can be used but it may have two very different meanings depending on whether one is a teen or an adult.

I have found many Christians frequently use biblical terms without defining the true meaning of those terms.  Such is the case for words like faith, inspired, and the kingdom of God.  We use these words thinking that everyone knows what they mean.  In reality, many of us have never accurately defined these terms for ourselves.

Defining terms is extremely important in today’s educational world.  This is because the culture is defining words to fit its ideological worldview and, therefore, is winning the battle of ideas in everyday life.  For example, PETA recently posted the following statement (emphasis mine).

Words can create a more inclusive world, or perpetuate oppression.  Calling someone an animal as an insult reinforces the myth that humans are superior to other animals and justified in violating them.

There are some very serious implications to the words found in this statement.  PETA is stating that all human beings are merely one type of animal.  This is a direct attack on the truth that man was created in God’s image, apart from the animals.

Linguistic theft occurs when someone purposely hijacks words, changes their definitions, and uses those same words as tools of propaganda.

Alisa Childers was recently a guest host for the Cross Examined podcast.  On this podcast, she quoted from Hillary Morgan Ferrer’s book, Mama Bear Apologetics.  Ferrer talks about linguistic theft or redefining words to get your way & avoid reality.  Ferrer defines linguistic theft this way.

Someone who purposely hijacks words, changes their definitions, and uses those same words as tools of propaganda.

We have witnessed this taking place in every area of life over the last few years.  The fact is that linguistic theft will eventually control society.  Again, read what Dr. Mohler warns us about on The Briefing.

With these efforts by the world to control the culture by controlling language, Christians must be intentional in defining terms.  It doesn’t matter whether one is reading a book or magazine, studying a textbook in school, listening to a podcast or watching a movie or video.  We must define the terms correctly or else the world will do it for us.

There is another phenomenon that I have witnessed over the years.  Christians sometimes add to the confusion of language by not being consistent in their use of terms.  We actually use words and then give them different meanings in the same conversation.  Here are two cases to illustrate how this happens.

Christians believe that there is absolute truth that exists.  Truth is based on God’s unchanging character.  Jesus declared that He is the truth.  For something to be true, it must be absolute.  Noah Webster defined truth as,

Conformity to fact or reality; exact accordance with that which is, or has been, or shall be.

This is in direct contrast to how truth is defined in today’s postmodern culture.  Today, truth is no longer absolute.  One definition of truth found in a dictionary today is a judgment, proposition, or idea that is true or accepted as true.  One may hear such things as your truth— meaning that each person defines truth for themselves, based on their own experiences.

Several years ago, I was asked to review the book, The Limitations of Scientific Truth: Why Science Can’t Answer Life’s Ultimate Questions.  The author was a committed Christian and scientist.  His basic premise was very strong.  He wrote how science was a process of searching for truth but it will never lead to discovering absolute truth — especially when it comes to life’s big questions.

Men like Dr. Norman Geisler endorsed the book.  As I read it, I found myself agreeing with the book’s basic tenets but, at the same time, confused by how the term “truth” was used.  I want to point out that the author makes a very sound case that science cannot lead to absolute truth.  But, consider the following statements.

In the end, who was right—Ptolemy, Copernicus, or Newton—or did Einstein give us the final and absolute truth? Each model of the universe was created with only partial truths that were later replaced by better, more comprehensive truths—or simply different truths.

When a person reads the statements above, he/she may end up agreeing with the postmodernist who says that there is no such thing as absolute truth.  However, truth doesn’t change.  If it can, it isn’t truth.  What each of these statements is really saying is this.

Man’s perception of truth about the universe etc. has changed as science has advanced.

There is no question that scientific “theories” have changed over time.  However, truth never changes.  This is one example how Christians can cause confusion by not defining and using terms correctly.  Here is another one that is being discussed on a daily basis in our country today.

Words are powerful BUT the definitions we give words are even more powerful!

I am not trying to address such topics as “racism” in this post.  There is no doubt about the fact that all men are sinners and the Bible is clear that anytime one respects one person over another it is sin.  I am only using this term to show how Christians use terms that can cause confusion.

According to Scripture, there is only one race of people—the human race.

Then God said, “Let Us make man in Our image, according to Our likeness…So God created man in His own image; in the image of God He created him; male and female He created them.  Genesis 1:26-27 (NKJV)

He has made from one blood every nation of men to dwell on all the face of the earth, and has determined their pre-appointed times and boundaries of their dwellings.  Acts 17:26 (NKJV)

God has made every one of us from one man—Adam.  He has even predetermined when and where we would live on earth.  Bible-believing Christians claim to believe that there is only one race—the human race.  Christians also believe that every single person finds his/her value and worth in the fact that each person is created in God’s image.

Even with this common belief, we cause confusion by talking about the need for the church to be multi-racial.  There is talk about how there must be racial reconciliation within the church.  Christians are saying how we must have racial diversity in our churches, schools and neighborhoods.  If there is only one race, multi-racial, racial reconciliation, and racial diversity become contradictory terms and, therefore, confusing.

Today’s cosmic war of worldviews may be won or lost by who defines the words used in the everyday battles of ideas.  As we educate future generations, we must not allow linguistic theft to control the narrative.  It is also absolutely necessary that we define terms correctly and use common language so that we don’t confuse our children and youth.

Words are powerful BUT the definitions we give words are even more powerful!