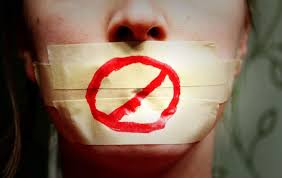 I grew up outside of Buffalo, NY.  Our home was on the Erie Canal.  As many people know, that area of the country is known for its brutal winters with frigid temperatures and LOTS of snow.

As kids we would always get excited when the temperatures dropped and the canal would freeze over.  I would grab my skates and head out the door for some skating fun and possibly a little hockey.  Before the door closed behind me, I would hear my mother warn me to be careful, you may be skating on thin ice.  It was understood that if I got out on thin ice and broke through, I would sink into dangerous, frigid waters.

That warning became a colloquialism that I often heard from either my father, mother or one of my teachers.  However, this warning had nothing to do with winter and skating.  It usually was said this way.  “Young man, you better straighten up because you are skating on thin ice.”  I knew that if I didn’t change my attitude or behavior, I would fall through the ice and some serious discipline would come my way.

As I have been prayerfully preparing for this post and the next couple of articles, I have heard a little voice in my mind warning me to be careful you may be skating on some thin ice.  I am well aware that the topics that need to be addressed are controversial and could possibly cause offense.  So, I am praying that they will be read in the same spirit in which I am writing them.

Over the past several decades, I have witnessed an attempt by a segment of society to try and silence the church.  Recently, this effort has increased in its boldness and intensity.  When I say the church, I am referring to both all born again believers and all local churches.  In an effort to clearly identify the segment of society that is mounting this attack on the church, I will yield to what Dr. Erwin Lutzer wrote in his book, We Will Not Be Silenced.

We are in a firestorm for the future of America…My preference, then, is to use the term ‘radical secularist’ [referring to those who are attacking us] or, another familiar term, humanists.

These attacks on Christianity will continue to intensify as the country becomes more and more secularized.  As I have attempted to understand how this has been allowed to take place, I find that the church has brought some of this on itself.  This is because many church leaders and lay Christians have embraced a false belief system that has opened the door to this firestorm.  This belief system is called a dualistic worldview or simply referred to as dualism.

Dualism is defined as the effort to divide life into separate compartments and making decisions in each compartment by different worldviews or sets of beliefs.  The most common compartmentalizing of life is into the secular and the sacred.  In her book, Total Truth, Nancey Pearcey explains how Christianity has been marginalized in society due to dualistic thinking.

The most potent way Christianity is marginalized in modern society is through the division of life into two separate spheres: a sacred realm of prayer, worship, and personal morality against a secular realm of politics, business, academia, and so on.

I have long seen dualism manifest itself in lives of Christians when it comes to the area of education.  For more than 100 years, the vast majority of Christians have viewed the education of children and youth from a dualistic worldview perspective. Christians have embraced the belief that the home and church are responsible to provide spiritual and moral training for their children while, at the same time, the state has been given the responsibility to educate their children in the “academic” areas.

The consequences of the church trying to operate from a dualistic worldview continues to cause me great concern.  Dualism doesn’t just impact the education that our children and youth receive.  It is now causing major confusion in other areas of life.

The most potent way Christianity is marginalized in modern society is through the division of life into…the sacred realm…and a secular realm.

If I made a statement that started with these words, the left’s agenda… or the progressive’s agenda…, what would you most likely think I am getting ready to talk about?   The most common reaction to statements that begin with these words is that I am going to talk about politics.  Words like “left” and “progressive” are seen as political ideologies.

When the subject of politics comes up, one may commonly hear things like this from Christians.  There are two things I never talk about with friends—religion and politics. Or, Christians shouldn’t get involved in politics.  This isn’t what the church is about. Still other Christians will make statements such as, The answer to our problems won’t be solved by who resides in the White House or who gets elected to Congress.

Now, all of these statements have some truth to them.  However, statements like these are evidence that Christians have embraced a dualistic worldview.  And by doing this, they not only apply this compartmentalization of life to education but also to government and politics.  But, there is a problem when we do this.

Government/politics is a very real part of every Christian’s life.  When we fall into the trap of believing life can be divided up into a secular and a sacred compartments, we are actually rejecting what Jesus said in Matthew 6:33.  This is a very familiar verse to most Christians and it is the foundational truth undergirding Kingdom Education™.

God did not create us as dualistic individuals…He wants to be Lord of our lives–period!

Jesus simply said that every Christian is to seek God’s kingdom as his/her highest priority in life.  Seeking God’s kingdom means that each one of us needs to submit to God’s kingly rule in our lives.  God did not create us as dualistic individuals where He wants to have complete rule in the spiritual compartment of our lives but isn’t concerned about how we live out our secular compartment.  He wants to be Lord of our lives—PERIOD!

Since government/politics is a part of real life, God doesn’t want us to leave it to the world.  No, He wants to reign in our lives as we make decisions about issues relating to government and politics.

You may be asking yourself, what does all of this have to do with the efforts to silence the church?  I hope I can explain myself in an understandable way.

Behind everything that takes place in history is a cosmic battle between good and evil; God and Satan.  Satan engages in this battle through his world system.  It is my contention that Satan knows that the  majority of Christians have placed politics in the secular compartment of their lives.  Over the course of many years, Satan has influenced worldly leaders to make a subtle shift or pivot in how people view certain acts.

Actions such as abortion, homosexuality, prejudice, stewardship of God’s creation, etc. have historically been viewed, and should be, as spiritual and moral issues.  Slowly but surely the enemy has moved these issues from the spiritual compartment to the secular one by making them “political” issues.

Whereas, Christians saw these actions as being sinful and, therefore, the church must stand against them.  The secularists have now put them into the political bucket.  Therefore, Christians should be silent about them and stick to things that have to do with their “religion.”  Out of fear of ridicule, being called a racist, or being labelled as a homophobic intolerant person, the church (Christians) have become strangely silent.  In his book, We Will Not Be Silenced, Erwin Lutzer says this about the church. To our shame we are afraid of the secular left.

Slowly but surely the enemy has moved biblical moral issues from the spiritual compartment to the secular one by making them “political” issues.

The enemy has intensified his effort to silence the church by creating a new label for Christians.  This label is applied to all Christians who stand up for the truths of Scripture, especially on biblical moral values.  Since many of these issues are now considered to be “political” in nature, when a Christian speaks out on them from a biblical perspective, they are accused of trying to legislate their morality on others and wanting to make the country Christian.  Thus, they are now called Christian Nationalists.

The plot continues to thicken because the secularists have successfully tied “Christian nationalism” to a person, President Trump and, most recently, to the events of January 6th at the Capitol.  Since these radical secularists have effectively labelled President Trump a “racist” and “white supremacist”, then all Christians who publicly proclaim such things as marriage should only be between a man and a woman, that abortion is the murder of innocent children, and that there are only two genders—male and female are de facto “Christian nationalists” and are, therefore by default, racists, homophobic, white supremacists, and even Nazis.  Now, I am not denying that there are extremists on every side of every issue.  However, the radical secularists make these charges against all Christians who stand up and support God and His Word.

What is the result of this?  Christians feel embarrassed about defending biblical marriage, the sanctity of human life, a biblical understanding of gender, and other moral issues—we have become silent!  Lutzer explains all of this by saying,

Many Christians will not be talked out of their faith, but they will be mocked out of it.

The final step in trying to silence the church is taking place at this very moment.  First, biblical moral issues became merely political issues.  Now, the radical secularists are taking these “political” issues and enacting them into laws such as The Equality Act. Once laws, such as this, are passed, biblical moral values will not be merely political issues to debate. They will be laws we will be required to obey.  Again, I quote Lutzer,

In a revolution, dissident voices must be silenced…There are two ways culture attempts to intimidate Christians. One is to criminalize what they say or do, the other is to shame them.

We are already seeing what Lutzer warns us about happening in Canada.  A pastor has been sitting in jail for more than a week. His crime was holding church in violation of Covid restrictions.  At his hearing, he was told that he would be released if he agreed to not pastor, preach or enter his church until his trial.  He would not accept those conditions and his appeal was denied.  He will remain in jail until his trial in May.  He would not be silenced.  Will we have this same boldness?

Because of the effort to silence the church, we must be prepared to obey God rather than man.  This is going to be especially true as these attacks impact education.  That is why I am asking Christian school leaders, pastors and church leaders and individuals committed to giving children a biblical worldview education to join me at this summer’s Kingdom Education™ Summit.  Don’t Delay! Register Today!