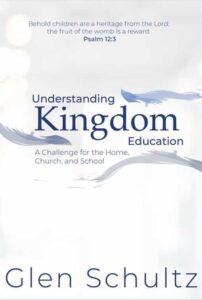 My father was a very principled man. His life was marked by discipline and hard work. He lived such a life, even though he suffered from severe arthritis and psoriasis for most of his adult life. I cannot remember him being able to walk any long distance or do any type of physical exercise without experiencing great pain. However, I never heard him complain and, through all of these struggles, he exhibited an unbelievable work ethic.

Having lost his father when he was only 12 years old probably played a large role in the development of his demanding work ethic and his strong sense of personal responsibility and accountability. Dad had to learn to work hard to help support his mother and two sisters. I am convinced that he was able to accomplish all he did under difficult circumstances because he took his faith very seriously.

Three character qualities always stood out to everyone who knew Dad. The first was his punctuality. My father loathed people who were always late for appointments and/or completing tasks assigned to them. In fact, I have always characterized my father as one who considered himself to be “late” if he was less than 30 minutes early to anything.

A second quality found in Dad was his unwavering sense of loyalty. He was loyal to his family, friends, church, community, and workplace. He missed very few of my brother’s and my basketball games in high school, and I learned he used most of his vacation time at work to travel to see me play college ball.

Dad worked for only two companies his entire life after completing junior college. After 16 years at Loblaws (a now-defunct grocery chain in Buffalo), he went to work for the National Grinding Wheel Company. He remained there for the next 41 years before retiring. As I think back on those years, I cannot recall a single day that my father ever missed work because of sickness.

Another area of his life where Dad demonstrated loyalty related to his church. He was always in attendance for services on Sundays and Wednesday nights. I still remember “his pew” where our family faithfully sat for every service (of course, it was always available because we were always early). He always supported the man who was called to pastor the church. He not only supported but also defended our various pastors with the tenacity a mama bear has for her cubs.

I personally witnessed him slipping a $50 or $100 bill into one of his pastor’s hands when he shook hands with him after a service. I once asked him why he did that. He simply said that he knew the pastor’s family was struggling to make ends meet on the meager salary the church provided. He wanted to encourage him. This made a huge impression on me because we were not a wealthy family by any means.

The third character trait that stood out in my father’s life was his strong conviction about being personally accountable for one’s actions. He grew up in a day when right was right and wrong was wrong. Right and wrong were based on absolute moral values that most people believed in. When someone did something wrong, Dad expected and demanded that they take responsibility for their actions and accept the consequences that came with the offense. I don’t need to tell you that this conviction was demonstrated often as he disciplined his three children.

It was these three character traits – punctuality, loyalty, and accountability – that played themselves out in a very real way in my father’s life. This was never more evident than when Dad decided to serve the small town of Pendleton, New York, and was elected the town’s justice of the peace. Dad served two terms as justice, and I had the distinct privilege to watch him in action, as most of his proceedings took place at our dining room table.

My father did not have any legal training, so he was constantly reading the books that contained the legal codes for the town, state, and country. When a case was brought before him, there was one thing that everyone involved soon understood. Dad always “went by The Book”! I cannot remember how many times he would warn me that if I ever came before him as Justice, he would go by the book. It was The Book that guided my dad’s decisions as Justice of the Peace. 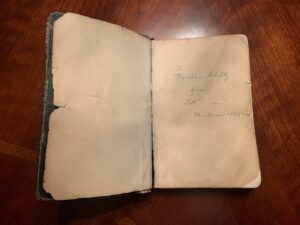 He would never go beyond his scope of authority as outlined by the law. However, he would do whatever the law allowed to see a life corrected and not merely punished. There was one case that stands out in my mind. A man had gotten angry and smashed his car with a sledgehammer one night. After breaking out the car’s headlights, windows, etc., he drove it around in the dark and was arrested.

He and his wife had to appear before Dad. It turned out that the man already had a suspended license. Dad’s sentence for the crime was unique but absolutely necessary. He revoked the man’s license for a year and then sentenced him to six months in church! Yes, you read it right. Dad knew the man had a spiritual problem, so he required him to attend a church (didn’t matter which one) every Sunday for six months. He had to submit an affidavit signed by the pastor of the church that this person had attended his church each Sunday. As you can see, Dad went by The Book!

I wanted to start this book out by telling you about my father because of how Dad lived his life by The Book! Education plays a huge role in the lives of our children and youth. The education a child receives will not only affect his/her own life, but it will also affect the culture of society. If the home, church, and school are going to raise a generation of young people who can impact their world for the Lord, everyone must educate their children by The Book!

Dad went by the books that contained the laws of the land when he served as justice of the peace. However, I am not talking about merely going by the books that contain the laws of one’s country or community. Christian parents, church leaders, and educators must go by The Book. This book is the Bible, God’s Word. God’s Word is the only source where people can find and receive direction on how God wants them to educate a child. I have long been convinced that the only way we are going to reverse the terrible condition we find ourselves in today is for Christians to go by The Book!

However, Christians can never go by The Book if they don’t know The Book. One will not know The Book if they seldom spend time in The Book.  Martyn Lloyd-Jones challenged the church of his day to choose what its members were going to do with respect to the Bible’s authority in their lives. The questions he posed to Christians in the early to mid-20th century need to be heeded by today’s parents, church leaders, and educators.

We all, therefore, have to face this ultimate and final question: Do we accept the Bible as the Word of God, as the sole authority in all matters of faith and practice, or do we not? Is the whole of my thinking governed by Scripture, or do I come with my reason and pick and choose out of Scripture and sit in judgment upon it, putting myself and modern knowledge forward as the ultimate standard and authority? The issue is crystal clear. Do I accept Scripture as a revelation from God, or do I trust human understanding and human reasons? Or, putting it still more simply, do I pin my faith to, and subject all my thinking to, what I read in the Bible? Or do I defer to modern knowledge, to modern learning, to what people think today, to what we know at this present time that was not known in the past? It is inevitable that we occupy one or the other of those two positions.

Thanks Dad for teaching me the importance of going by The Book!