The War In Heavenly Places 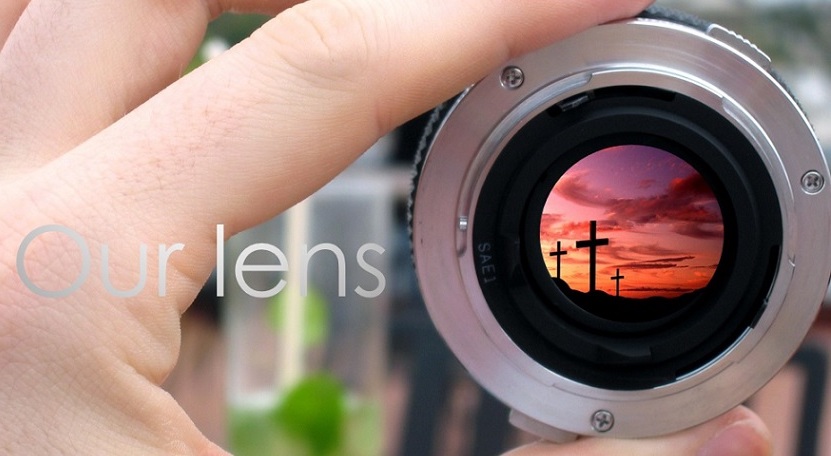 For the past few weeks, my pastor has been addressing some very challenging topics in his messages.  These topics, such as wokeness, social justice and critical theory, etc., have challenged all of us.  Whenever one simply mentions one of these terms, it sparks some very strong reactions from those in attendance.  Most reactions are very emotionally charged due to personal experiences or what people have been taught or by various narratives that have bombarded people through the media.

Today, I was asked to preach a message to help people look at a bigger picture of what may be going on behind the scenes as it relates to these important issues.  In order to understand these issues that are causing division in our homes, churches and communities, we need to set aside our emotions and view these through the lens of Scripture.

As I was praying and preparing the message, I was reading in Ephesians and came across a very familiar verse.

For we do not wrestle against flesh and blood, but against principalities, against powers, against the rulers of the darkness of this age, against spiritual hosts of wickedness in heavenly places.  Ephesians 6:12 (NKJV)

The war we are engaged in started in Heaven between God and Satan.

I had read this verse hundreds of times in the past.  However, this time some of the words seemed to jump off of the page and I began asking myself some questions.  Who or what are these principalities, powers, rulers of darkness and spiritual hosts of wickedness?  What does it mean that this battle is in heavenly places?

The Bible tells us how Satan was once a part of God’s angelic host.  In Ezekiel 28, this angel is referred to as the anointed cherub.  This cherub rebelled against God in an effort to become god.  He fell from Heaven and took 1/3 of the angelic host with him.  The war we are engaged in started in Heaven and was between God and Satan.

When God created the heavens and the earth, He created man in His image.  We read in Genesis 1 that He created man as both male and female and the two joined together in marriage and became one flesh.  Here we see that God defined marriage to be between a man and a woman.  This union was the creation of God’s first institution that He ordained — the family or the home.

Of course, we know that Satan immediately attacked God’s creation and tempted Eve with two lies.

Yielding to this temptation brought sin, disease and death into God’s creation.  Satan’s attack on man in the garden wasn’t just an attack on the man and the woman.  It was also an attack on God’s institution of the family.  Ever since that day, Satan has tried to destroy the family.

Because of sin, God established His second institution to provide order to His creation.  This institution is known as the state.  In Romans 13, Paul explains that the role of the state was to punish evil and reward good.  When the state protects both individuals and families according to its God-given responsibility, we will have just societies.

Once again, Satan set his sights on this new institution designed by God — the state.  He doesn’t aim at destroying the state like he wants to do with the family.  Instead, he simply wants to control it.  Throughout history Satan attacks the state by changing its role from being the protector of people and families to becoming the provider of the people’s needs.  Then, the state can become god with Satan in charge.

When God redeemed sinful man through the finished work of Christ on the cross, He established His third institution — the Church.  Satan immediately unleashed the powers of darkness to attack the Church.  I believe that Satan knows he can’t destroy the church.  This is because the Church is built on the solid rock of Jesus Christ.  So, Satan simply wants to weaken the Church and make it unable to shape the culture.

Satan’s ongoing attacks on God’s three established institutions, the family, state and Church, are Satan’s attempts to become god.  It is a war that started in Heaven and continues to be waged in heavenly places.  But the individual battles are fought here on earth and we are Satan’s targets in these battles.

The principalities, powers, rulers of darkness and spiritual hosts of wickedness are Satan’s band of demons who fell from Heaven with him in his rebellion against God.  God’s Word provides us with a glimpse of how the battle we are waging today is against these spiritual foes in heavenly places.  Consider a startling conversation that is recorded in the Old Testament book of Job.

Now there was a day when the sons of God came to present themselves before the Lord, and Satan also came among them. And the Lord said to Satan, “From where do you come?” So Satan answers the Lord and said, “From going to and fro on the earth, and from walking back and forth on it.” Then the Lord said to Satan, “Have you considered My servant Job, that there is none like him on the earth, a blameless and upright man, one who fears God and shuns evil?”  So Satan answered the Lord and said, “Does Job fear God for nothing? Have You not made a hedge around him, around his household, and around all that he has on every side?…But now, stretch out your hand and touch all that he has, and he will surely curse You to Your face!” And the Lord said to Satan, “Behold, all that he has is in your power; only do not lay a hand on his person.”  Job 1:7-12 (NKJV)

We are engaged in the same war as Job faced.  Even the suffering that righteous people face on a daily basis must be seen in light of the cosmic struggle between God and Satan.

If we are going to understand what is going on in our country today, we must view it through the lens of Scripture as the cosmic struggle between God & Satan.

Satan wants to be god and he is trying to do this in his attacks on the:

If we are going to understand what is going on in our country today, we must view it through the lens of Scripture and the ongoing cosmic struggle between God and Satan.  We must never forget that Satan wants to destroy every family. He also wants to control the state and weaken the Church.

Before Satan can destroy any of these institutions, he must first bring division.  Once people are divided, he moves in all the forces of evil to destroy and devour them.  I want to challenge you to look at the ideas/beliefs that are dividing everyone, even Christians, today and try to see these dangerous ideologies as Satan’s attempt to be god.  We must realize this battle is not against flesh and blood.  It is a war in the heavenly places.