Is The Church Falling Apart? 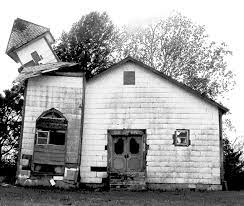 I was reluctant to read an article that was recommended on social media recently. It was one of hundreds that I have come across that seem to follow a common line of thought. This line of reasoning goes something like this. If you take a stand on certain “political” issues, you are putting your faith in politics rather than in Christianity.

Of course, the problem with this line of reasoning is that many spiritual matters have been moved into the political arena and, therefore, prove that one’s political views are more important than one’s faith. I am not writing this blog as response to this type of thinking. Instead, I am simply giving you the context of the article that I decided to read.

As I read through the article, I came across something that caught my attention and caused me to slow down and read the words more carefully. The author of the article interviewed several Christian leaders. One of those leaders was James Ernest of Eerdmans Publishing. He was quoted as saying,

What we’re seeing is massive discipleship failure caused by massive catechesis failure. The evangelical Church in the U.S. over the past five decades has failed to form its adherents into disciples. So there is a great hollowness.

It was explained that catechism is the process of instructing and informing people through teaching. Ernest said that the Church has failed to do this type of teaching.

Alan Jacobs, a professor at Baylor University, stated that,

Culture catechizes. Culture teaches us what matters and what views we should take about matters…On the flip side, many churches aren’t interested in catechesis at all. They focus instead on entertainment, because entertainment is what keeps people in their seats and coins in the offering plate.

Jacobs went on to explain,

Pastors…get to spend, on average, less than an hour a week teaching their people. Sermons are short. Only some churchgoers attend adult-education classes, and even fewer attend Bible study and small groups. So, if people are getting one kind of catechesis for half an hour per week and another for dozens of hours per week, which on do you think will win out?

As I continued reading, I realized that behind all the politicization that permeated the main thrust of the article was a clear articulation of the real problem today’s church is facing — we are not making disciples! And I must add, it isn’t because of politics. It is because of the ideas or worldviews that are shaping our minds — especially the minds of our children and youth.

People believe what they are most thoroughly and intensively catechized to believe.

Ernest and Jacobs understand that the condition of most people who call themselves Christians is a lack of biblical thinking. They realize that the church does not have the opportunity to biblically shape the minds of its members because the church has influence over them for such a small amount of time each week.

This reality was noted in some more of what Jacobs said.

People come to believe what they are most thoroughly and intensively catechized to believe, and that catechesis comes not from the churches but from the media they consume, or rather the media that consume them. The churches have barely better than a snowball’s chance in hell of shaping most people’s lives (emphasis mine).

What continues to amaze me is that these people see how the church cannot compete with the culture because of the church’s limited time of influence on lives. However, they only see this when it comes to the lifestyles of the church’s adult membership.

Even if the church had more hours of influence in the lives of its adult members, I wonder if it would make any significant difference in how they look at life. I say this because adults have developed their worldview or belief system at a much younger age. Once this is developed, it is very difficult to change one’s worldview.

The real problem is that most Christians continue to send their children to secular educational institutions.

The real problem is that most Christians continue to send their children into secular educational institutions, at all grade levels, where they are bombarded daily from a secular, anti-Christian worldview perspective. If the few minutes an adult sits under biblical teaching each week can’t compete with the media’s influence, how much more dangerous is it for children to have their minds molded by today’s secularized schools?

Until the home, church and school are ready and willing to address the issue of education biblically, we will continue to lose future generations to the world. It won’t be because of their political views. It will be because we have failed to make disciples of our children and youth and allowed the culture to disciple them!

Referenced article: The Evangelical Church Is Breaking Apart by Peter Wehner, The Atlantic.