It Has Been A Challenging Two Months 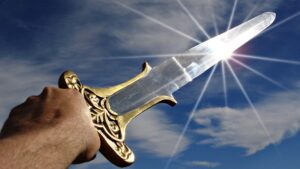 My pastor, Mike Lewis, began addressing some very controversial issues a couple of months ago. At the time, I didn’t know that I would be asked to join him in this challenging task.

Just mentioning such topics as “wokeness”, “critical theory”, “intersectionality”, and/or “social justice” is sure to get reactions of some kind or another from just about everyone. However, he knew he needed to address these issues because they have become topics of everyday conversation in our country, including our homes and churches.

Eric Watkins, in his article Christianity or Critical Theory, wrote,

When the church is extensively infiltrated by distinctively secular ideas, it is worth taking the time to study these influences and to give them serious consideration…Whether or not we are familiar with these concepts, they are very much becoming a part of the air we breath.

My purpose for writing this blog is not to do a thorough analysis of critical theory and its modern day derivatives. Instead, I want to share with you what God has taught me through all of this about the bigger issue that is behind these ideologies.

The passage of Scripture that Pastor Mike used as a foundation for what he shared was the familiar verse found in Paul’s letter to the Colossian church.

Lewis explained how we must be vigilant and not allow human thinking that is based on a secular worldview take us captive. This is where I was asked to join him in addressing these issues by looking at them through a biblical lens.

Paul wrote about the battles that Christians were and would always be fighting in his letter to the church in Ephesus.

For we do not wrestle against flesh and blood, but against principalities, against powers, against the rulers of the darkness of this age, against spiritual hosts of wickedness in the heavenly places. Ephesians 6:12 (NKJV)

I was intrigued by the fact that our fighting is against “powers, rulers of darkness and spiritual hosts of wickedness” and that it was taking place in “heavenly places.” It was at this point that I was reminded of the biblical account of Lucifer falling from Heaven and taking a third of the angels with him in his effort to become god.

From this time on, there has been a cosmic battle taking place between God and Satan, good and evil. This is the battle that we are ultimately engaged in today.

We know that with the creation of man, male and female, God ordained His first institution — the family or the home. While studying this, I realized that if the Fall had not occurred, this would have been the only institution needed for man to establish just societies.

From the time of the Fall till today we are engaged in a cosmic battle between God’s truth claims and Satan’s lies.

When Satan attacked Adam and Eve, he was also attacking the institution of the family. The strategy Satan used to deceive man is the same one he uses to deceive us today. He puts forth his counterfeit lies against God’s truth claims. The challenge we are constantly facing is choosing whether we are going to believe God’s truth claims or Satan’s lies.

With the Fall, the home/family could no longer establish just societies on its own. So, God established His second ordained institution — the state or government. The purpose of the state was and continues to be punishing evil and rewarding good. In other words, government was established to protect the home and society.

Satan’s goal is to destroy the family, control the state and weaken the church.

When Christ died on the cross for man’s sin and rose from the grave to defeat death and the grave, God established His third institution — His church. The church is the body of Christ that is to take the Gospel to a lost and dark world.

In Satan’s ongoing effort to become god, he carries out his cosmic battle against God here on earth. His strategy is three-fold. He wants to:

As I attempted to analyze the ideologies that my pastor knew needed to be addressed, I constantly was on the lookout to see if any of these strategies of Satan were involved. I was amazed at how things started to make sense as I viewed these ideologies through the lens of Scripture and this cosmic battle between God’s truth claims and Satan’s lies.

One of the great, idealistic hopes of the Enlightenment was that man would finally be free from God.

It is amazing how history makes sense when it is studied from this biblical perspective. For example, I saw how immediately following the Reformation which brought the church back to the inerrancy and sufficiency of Scripture that Satan launched his counterfeit movement — the Enlightenment.

Watkins also noted this when he wrote,

One of the great, idealistic hopes of the Enlightenment was that man would finally be free from God and the various biblical, pre-Enlightenment ideas that led man captive.

Satan’s ultimate lie is always the same — man can be his own god (see Genesis 3:5).

From the ideologies coming out of the Enlightenment, came the teachings Hegel, the Frankfurt School, and Marx. All of these worldviews have some things in common. They all want to destroy the family and build the state.

Consider the beliefs of Herbert Marcuse leaders of the Frankfort School. Watkins writes,

Marcuse believed that one of the greatest negative achievements of civilization is the nuclear family. He suggested that the family be replaced by socialized, (i.e., secular) alternative institutions. The family should be controlled by public powers.

Of course, Karl Marx also wanted to do away with the nuclear family. The state was to be the ultimate social institution that would be responsible for the education of all children.

The big question that I had to find the answer to was “Are these ideologies, especially critical theory and social justice, compatible with Christianity?” I found myself agreeing with Christians such as Voddie Baucham, Scott Allen and Eric Watkins.

Christianity fosters unsafe ideologies and institutions that perpetuate anti-scientific thought, intolerance for certain sexual behaviors, parochialism, patriarchy, and punishing authoritarianism for any who do not conform.

I want to challenge you to always assess ideas, beliefs, and values through a biblical worldview lens. Are they espousing philosophies and ideas that are in line with Satan’s lies aimed at:

If so, we should guard against them and stand on the truth of God’s Word.

Some resources that I have found helpful include:

The Church in Babylon by Erwin Lutzer

We Will Not Be Silenced by Erwin Lutzer

Why Social Justice is Not Biblical Justice by Scott David Allen

The Magna Carta of Humanity by Os Guinness