Would God Recognize You & Me? 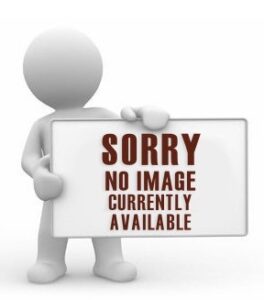 Many years ago, I was given a book that was written by two Australian Christian educators. In their book, Reclaiming the Future, Lambert and Mitchell made a very important statement. They wrote that every kind of teaching and learning is based upon a shared vision of life. The phrase “a shared vision of life” is another way of saying a worldview.

In this simple statement, the authors were presenting a very important truth. All education takes place within the context of a worldview. This means that there is no such thing as a neutral education. In fact, all education is religious in nature and is an effort to communicate someone’s religious beliefs and values to the learner.

Behind every educational effort is the pursuit of some ‘god’ or ‘gods’…A ‘god’, in the sense I am using the word, is the name of a great narrative, one that has sufficient credibility, complexity, and symbolic power to enable one to organize one’s life around it.

Of course, a “great narrative” is what every worldview is. Idleman makes this same connection between a “god” and a worldview when he wrote,

Here we see that, not only does all education take place in the context of a worldview, but it also results in the learner pursuing some ‘god’ in his or her life. The challenge Christians have is to make sure that the education they give their children and youth is taught within the context of a biblical worldview and, as a result, they pursue the true God.

The challenge for Christians is that our children’s education is taught from a biblical worldview perspective and will result in them pursuing the true God.

Lambert and Mitchell went on to explain how all teaching and learning leads to some form of spiritual transformation. We need to give careful attention to a progression that will always take place in a child’s education. As you read their quote, keep in mind that one’s worldview can be equated to the “god” that is being pursued.

All people serve some ‘god’ or ‘gods’ in their lives and, in turn are transformed into the image of their gods.

In other words, the end result of all education is that children and youth will, not only serve some god, but also be transformed into the image of that god. The god that they will become like is determined by the worldview taught throughout their educational experiences. This concept is not something that various educators developed on their own. It is a truth that is taught in Scripture. Consider the following passages.

The end result of all education is that the children will serve some god and be transformed into the image of that god.

As I contemplated these passages of Scripture, I was reminded that the “gods” of people will eventually become the gods of a nation. The “gods” of a nation are made from the worldview that is taught through the nation’s educational system.

There is no doubt about it, our nation today is serving many false gods. This is because the vast majority of the nation’s people have been taught to serve these false gods by the worldviews that have been taught in their homes, churches and schools.

This isn’t true just for those who have attended secular public or private schools. It is also true for those that have graduated from Christian schools and, even, been home schooled. The reality is that far too many Christian adults have been conformed to the image of a secular ‘god’ and live their lives based on a secular, man-centered worldview.

We have embraced the false gods or worldviews that have been the foundation of the education we have given our children and youth.

We are entering the Christmas season. This is a time in the year when we pause to consider that God took on the form of a man and dwelt among us. His reason for doing this was that He could give His life as a ransom for our sin and we could have a personal relationship with the living God.

As we take time to worship the Messiah, may we also evaluate what worldview or “god” is the basis for what we are teaching the next generation at home, in the church and at school. Is a biblical worldview foundational to the textbooks our children are using, the media they are consuming and the lessons we are giving them everyday? If not, it is time to make some changes. We cannot afford for the next generation to be conformed to an image of a false god. If God were to come back today, would He recognize His children because they are like Him or have they been conformed to the image of a false worldview?