It Is All About Me! 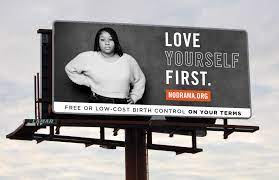 My wife and I were driving home from San Antonio, Texas after Christmas. We were going through a small town in rural South Carolina when my eye caught a billboard. The sign had a picture of a woman and a simple message in large letters. It read,

As I continued driving, I thought to myself that the billboard accurately described the society in which we now live. The concept of loving oneself first permeates every area of life, including how many people view Christianity. One might hear someone declare that “it is all about Jesus.” However, if you listen closely and watch how they live, it isn’t all about Jesus. It is all about me.

This dangerous belief can be especially seen in the sports world today. This is the season of bowl games in college football where a long season culminates in the opportunity for many teams to compete on national TV. However, things have changed and what would have been considered unacceptable at one time is now common place.

It seems like every announcer for every game listed players who had “opted out” of playing. Why weren’t they playing? It was because they didn’t want to risk injury as they were entering professional football’s draft.

When someone decommits to something, he/she is withdrawing from a commitment or the agreed course of action.

Not only did many players “opt out” of playing in these season finales, it is also common to hear of players entering what is called the “transfer portal.” This means that college athletes can decide to transfer to other colleges if they can get a better offer than the one they currently have.

We see this taking place at the high school level as well. I have lost count of the number of high school athletes who have recently decommitted. This means that they had made a commitment to attend a certain school but now want to withdraw from that commitment or the agreed course of action.

“We had over 800 Division I players transfer last year. C’mon. Teaching ’em how to quit. That’s what we’re doing. Things not going well? Quit. I remember calling my dad when I was a freshman…’Dad, people not treating me…this and that…I’m unhappy here.’ My Dad, he said, ‘Son, somebody do something to you?’ No. ‘You’re still getting your scholarship aren’t you? They’re still feeding you? They’re still housing you. You’re still getting your education?’ I said, ‘Yes, Sir.’ He said, ‘You can’t come home. your bed’s been taken…but you can join the Army.” Best thing he ever said to me.”

It is not only players that are exhibiting this “love yourself first” mentality. It is also seen in coaches. It has become a common occurrence for coaches to simply walk out on their contracts because they can better themselves and make more money.

This may be taking place because institutions are also breaking their contracts and dismissing coaches simply because they didn’t win enough games. I have even seen this happen immediately after a school extends a coach’s contract. Whatever happened to the biblical teaching that our yes should be yes and our no should be no?

This idea of me first has been creeping into our homes and churches. Divorce among Christians continues to increase. Many times marriages end simply because one or both of the parties aren’t happy. When one is not happy, then the best thing to do is “love yourself first” and get out of the “bad” marriage.

Our words and our lives must demonstrate the truths of authentic Christianity.

The attitude of “love yourself first” is much of the motivation behind the pro-abortion movement. It is all about the feelings of the woman with no concern for the innocent life of the unborn baby.

Christian Smith’s studies showed that the most common religious beliefs found in Christians today can be termed Moralistic Therapeutic Deism. Here, God becomes a divine butler that a Christian calls on when life isn’t going well. God is expected to come in and make the person happy and then go back to Heaven until He is needed again.

We see example after example of individuals who once claimed to be Christians who are now denying the faith. The term used to describe this change of lifestyle is “deconstruction.” This is the same belief that the student athlete has when he or she “decommits” to a school. They are saying that Christianity is simply an organization and that they want to withdraw their previous commitment to it.

Authentic Christianity is a life of self-denial not one of love yourself first.

What is the message we are teaching the next generation when it comes to life, in general, and Christianity, specifically? Are we preparing them for the harshness that is a reality they will face because they live in a fallen world?

They must understand that “love yourself first” will have disastrous effects on their lives. Our words and our lives must demonstrate the truths of authentic Christianity. Jesus made it clear that it isn’t all about me.

Then Jesus said to His disciples, “If anyone desires to come after Me, let him deny himself, and take up his cross, and follow Me. For whoever desires to save his life will lose it, but whoever loses his life for My sake will find it. Matthew 16:24-25 (NKJV)

But Jesus called them to Himself and said to them, “You know that those who are considered rulers over the Gentiles lord it over them, and their great ones exercise authority over them. Yet it shall not be so among you; but whoever desires to become great among you shall be your servant. And whoever of you desires to be first shall be slave to all. For even the Son of Man did not come to be served, but to serve, and to give His life a ransom for many. Mark 10:42-45 (NKJV)

Paul considered himself to be a bond slave to Christ. He wrote that true Christianity always exhibits Christlike humility.

Let nothing be done through selfish ambition or conceit, but in lowliness of mind let each esteem others better than himself. Let each of you look out not only for his own interests, but also for the interests of others. Let this mind be in you which was also in Christ Jesus, who, being in the form of God, did not consider it robbery to be equal with God, but made Himself of no reputation, taking the form of a bondservant, and coming in the likeness of men. And being found in appearance as a man, He humbled Himself and became obedient to the point of death, even the death of the cross. Philippians 2:3-8 (NKJV)

As we start a new year, may we not only say with our lips but also prove it with our lives — it is all about Jesus!