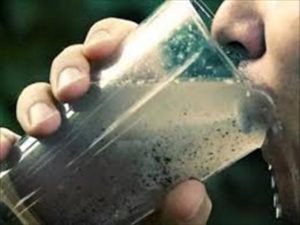 If you are joining the conversation new, I encourage you to read the first two posts in this series.  The first one was Contaminated Water: A Fatal Decision and last week’s was Contaminated Water: The Cover-up.  As the city of Flint, Michigan continued to use contaminated water, serious problems began surfacing throughout the community.  In fact, General Motors actually stopped using Flint River water in October of 2014. This decision was made to prevent further corrosion of its machines.  The company made a deal to purchase water from a neighboring township and was able to continue functioning without further damage to its machinery.

By early 2015, the facts were in and there could be no denying that the water from the Flint River was contaminated. Consider the following findings:

With a major health and safety crisis looming, one might think that government leaders would change back to the safer Detroit water source.  However, officials from the city and state continued to pump contaminated water to the residents and businesses of Flint.  Instead of changing back to its original water source, it was decided that all that was needed was some reform or treatment of the poisonous water.

In addition to these attempts at trying to make the contaminated waters “safe” bottled water was distributed throughout Flint and was still being given out in March of 2018.  Homes were encouraged to install water filters and/or use bottled water for drinking.  It was amazing to read about the refusal of leaders and parents to revert back to the original source of good water.  It seems that people kept placing their faith in the contaminated water source and merely trying to “improve” the poisonous water.

The same thing can be said about Christians’ reaction to the growing problems that were becoming apparent in society, the church and their homes from children and youth drinking the contaminated waters from a secular educational system.  Instead of returning the “fountain of living waters” (God), it was believed that the bad water source could be improved.

As time went on warning alarms continued to ring out signaling that the danger of drinking from a contaminated source of knowledge and wisdom was wreaking havoc among the children and youth of the country.  Reports by several research teams indicated that large numbers of teens attending church would leave the church within two or three years of high school graduation.  Some of these studies estimated that as high as 85% of church youth would soon walk away from their faith.

There were a few voices in the church that sent out warnings about the dangers of continued drinking the contaminated waters of secular education.

Unfortunately, our schools are all too often indoctrination chambers where children come to be scrubbed of their trust of parents, their church, and their sexual identity, and are force-fed a diet of secularism and immorality. Erwin Lutzer in When a Nation Forgets God

It becomes possible to raise kids in church and subsequently turn them over to secular institutions for education without having though through the potential outcomes of them losing their faith in the process…We have turned over generation after generation of young men and women to be fully inculcated with the thoughts, ideas, and precepts that are absolutely contrary to our Christian faith…the Church systematically, seemingly without guilt, turns one generation after another of children over to a pagan, godless, secular education system that turns them from the faith.  We do it in public elementary and high schools and colleges and universities.  And we pay the enemy to steal their souls.  Ken Ham & Greg Hall in Already Compromised

School violence began to rise all across the country.  One of the first warning shots that something was wrong in our schools was sounded at Columbine High School on April 20, 1999.  On this day, two senior students walked into the school and murdered 12 students and 1 teacher.  Twenty-one other students were wounded before the two murderers took their own lives. Since that time more than 17 other mass shootings killing four or more people have taken place in schools across the country.

However, even with all of the evidence pouring in that indicated there was a major contamination problem with the “new” source of education, people were continually told that the water was safe to drink.  All that was needed were some additional treatments to the system that would take care of the pollutants.

Several efforts were made to calm people’s nerves and assure them that secular education was safe for all citizens.  These treatments ranged from initiating character education (Character Counts was a major program developed after Columbine) to armed security guards and programs that would teach tolerance and acceptance of all values and beliefs. There have been efforts to reform the contaminated waters by placing Christians on school boards.

Parents, church leaders, civic officials and educators continued to keep their trust in secular education.  They believed that with enough money and reform measures the water source of secular education could be purified.

Church leaders thought that the solution to this “water” crisis was to develop new programs for children and youth at church.  Even though programs and resources such as Released Time Bible Classes, Trust Love Waits, Ignite: The Bible for Teens, various VBS programs and a host of other programs and resources were well-intentioned and solid material, the words of C. F. Potter proved to be prophetic.

Education is thus a most powerful ally of humanism, and every public [secular] school is a school of humanism.  What can the theistic Sunday school, meeting for an hour once a week, and teaching only a fraction of the children, do to stem the tide of a five-day program of humanistic teaching.

There was still a strong resistance to return to the original source of a biblical worldview education.  Better church programs and efforts to reform and improve secular education programs would surely mask the deadly consequences of drinking from a contaminated water source.

Next week I will present some of the costs involved when changing to “water” sources that are contaminated.  It might blow your mind!  Be sure to leave a comment below.